All Collections
Fantasy League of Legends
Fantasy 101
What is a draft?

What is a draft?

Before you can start competing with your friends on Fantasy League of Legends, you must first build a team, and the way that's done in the fantasy world is through a draft.

A draft is a virtual, live event, where all of your league mates (people) in your league take turns selecting players to their teams that they wish to claim as their own. Each league mate will have two minutes to make a pick.

If you are not present for the draft, your team will be picked for you.

You can schedule your league's draft by setting a specific date and time, or you can send a poll to other players and figure when would work best.

We recommend finding a time when most of your league's players will be able to make it.

The draft is one of the best parts of a fantasy league, so we strongly encourage everyone to try to make it!

Your commissioner will need to set a draft order. This is usually randomized to determine which player gets to pick 1st, 2nd, 3rd, etc for the first round. 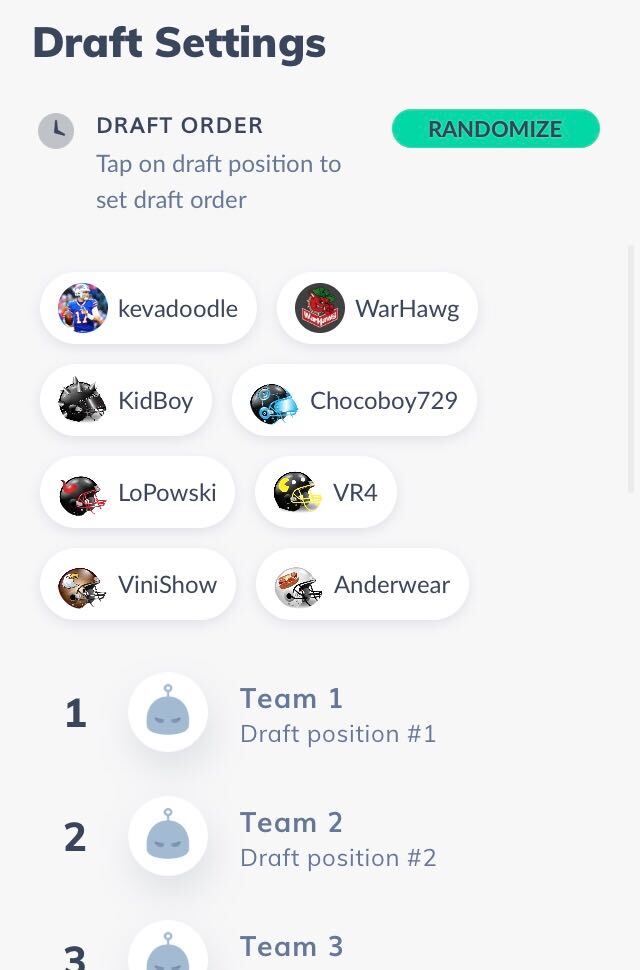 This is where all of the players and picks will be tracked. It is a way of showing you the progress of the draft, but also when your turn is coming up. 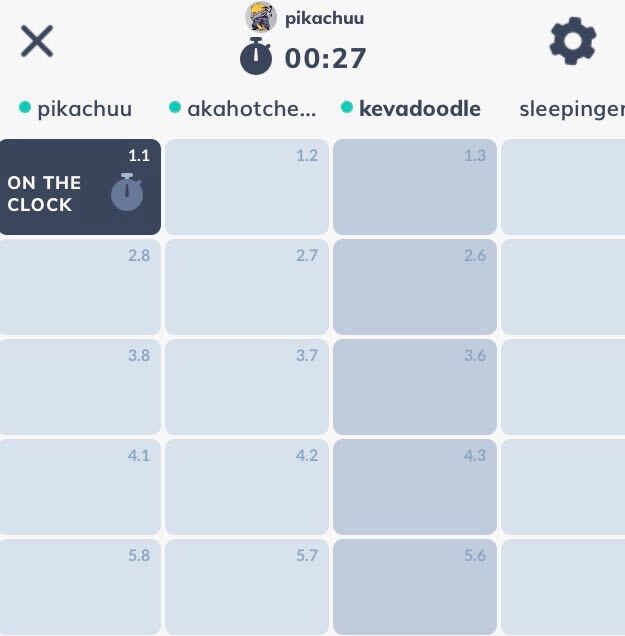 It's also how you can view the list of available players and make your selection.

You can learn more about what is on the draftboard and what you can do with it here.

This is one of the best parts of a fantasy league because your entire season heavily depends on the draft.

Once a player is claimed by one team, they are no longer able to be selected by anyone else. The draft is broken down into rounds and usually consists of five for LoL.

This gives an advantage to the team picking first, but also a disadvantage, which we'll get to in a minute.

Team 1 would make a selection, followed by Team 2, 3, 4, all the way through 8, or the number of teams in your league.

Once you reach that last team, the direction of the draft reverses. This means that Team 8 gets 2 selections in a row. And it also means that after Team 1's first pick, they have to wait for 14 picks until they get to make another selection. But then, Team 1 will get two picks in a row as the draft direction changes again. And it will continue to change after each round. This is called a snake draft (or serpentine) and is the most common.

There is an option to change your draft type to linear (or non-serpentine). This means that each round of the draft begins with Team 1, and nobody would ever have two selections in a row. It's very uncommon to do this as the teams picking first would likely have a significant advantage. 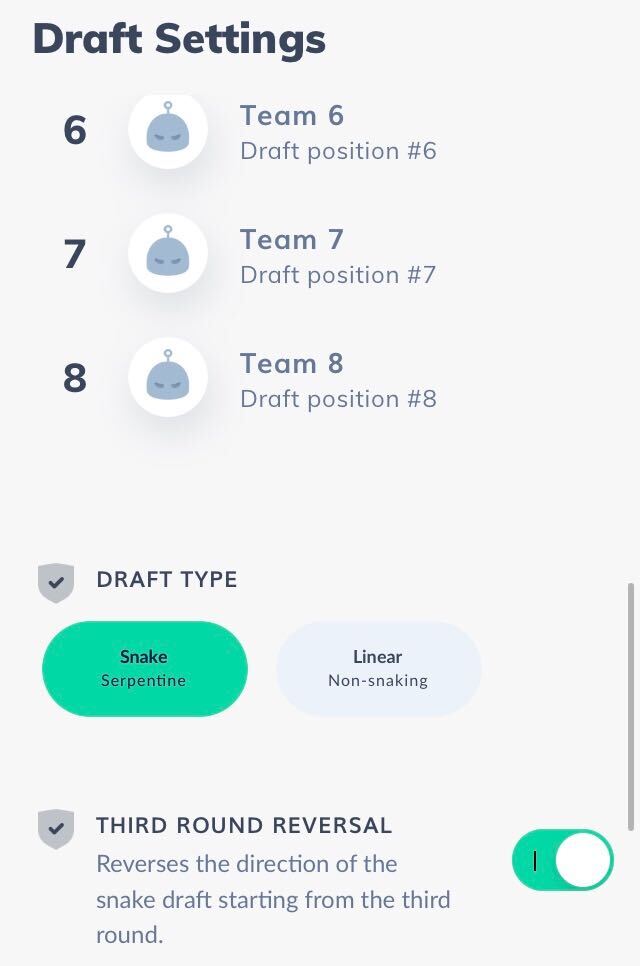 One additional option you can have is called 3rd Round Reversal (sometimes referred to as 3RR). This allows you to change the direction of the draft at the start of the 3rd round.

The differences aren't that noticeable, but we believe this makes your draft even fairer for all teams as it allows the first team to get an elite player, but gives later teams a chance to get more upper-tier players in return.

The draft generally takes about an hour or so. Grab a snack and a drink, jump in a video chat, and hangout with your leaguemates!