All Collections
Fantasy League of Legends
Fantasy 101
⚔️ What is a draftboard?

⚔️ What is a draftboard?

Learn how to practice and make your player selections

A draftboard is a virtual room where your league will make their selections for the players who they want on their team.

This is where you will spend around an hour or so constructing your team via the draft process.

How do I view my draftboard?

If your league has already decided on a draft time, you can view your draftboard by scrolling under the list of teams on your league homepage and pressing the "Preview" button. 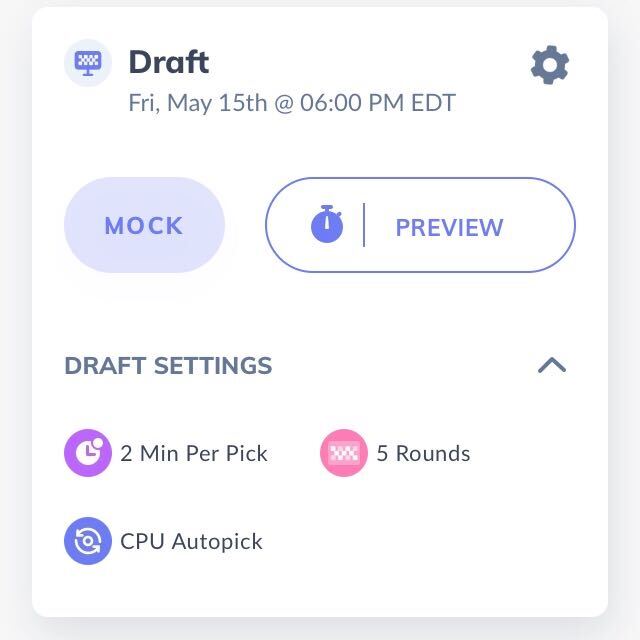 If your league has not selected a draft time, you'll see a rectangular icon to the right of "Set Time." 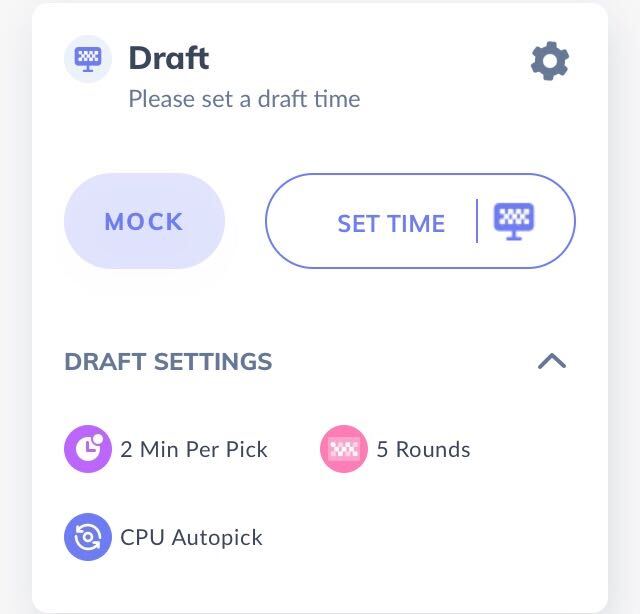 When you first enter or preview your league's draftboard, you'll see a grid, with teams listed among the top row and a set of tiles beneath each. 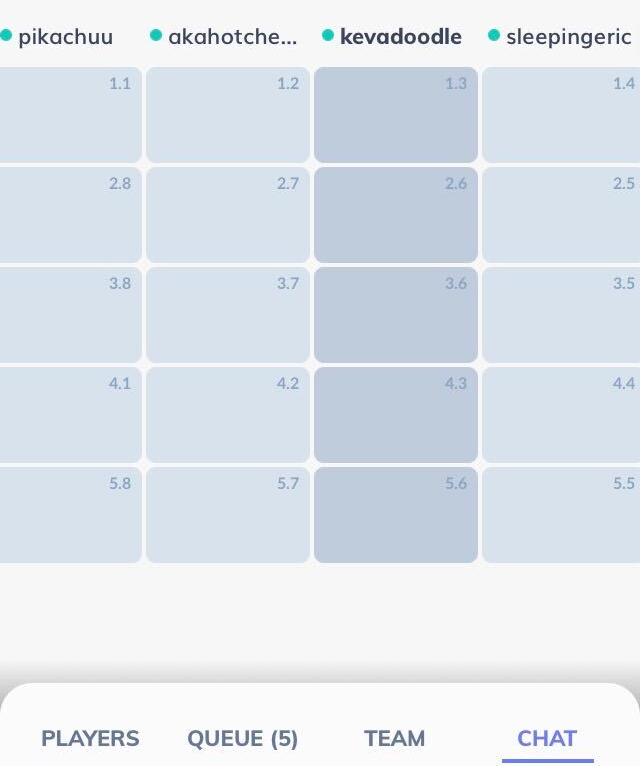 You can use the players tab at the bottom of the screen to view and make your draft picks. They are listed by ranking and show a number of points that they are projected to accumulate. The higher the points, the higher the expectation. 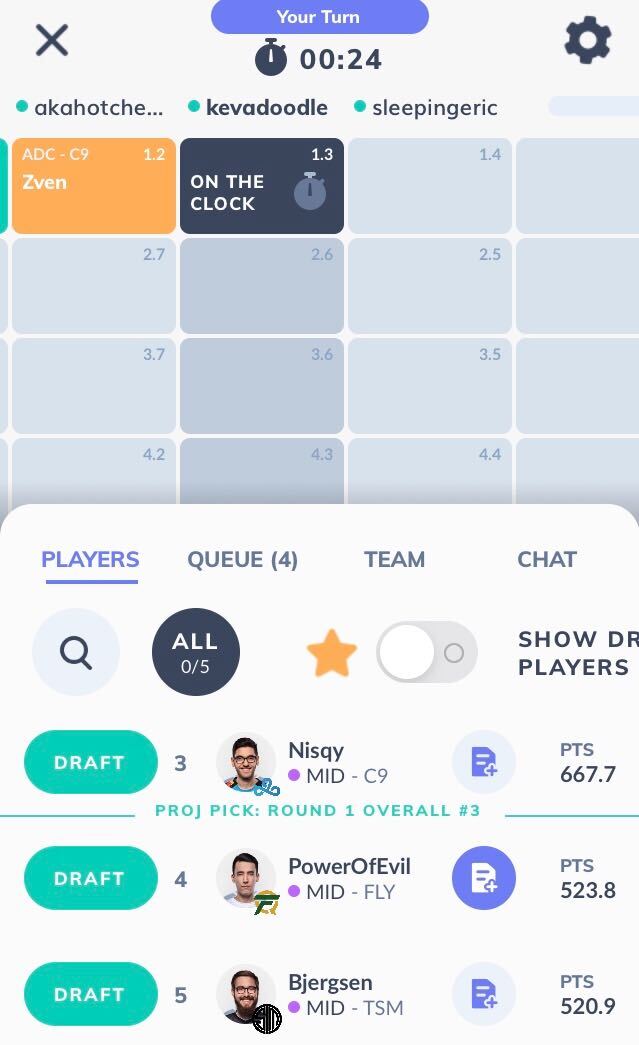 What is a queue?

In the image above, you'll see a circular icon with a paper and a plus sign in it. That represents an "Add to Queue" function.

You can press those at any time to add players to your queue. The purpose of the queue is to target players who you like and would prefer to draft once your turn arrives.

Often, teams set their queue prior to drafts or when they are waiting for others to pick.

Below, I have entered five players in my queue. This means I prefer to draft Altec and since it's my turn, I can press the "Draft" button to the left of his name.

You can tap on the white circle to the right of them if you wish to re-order your queue, or remove that player from it. 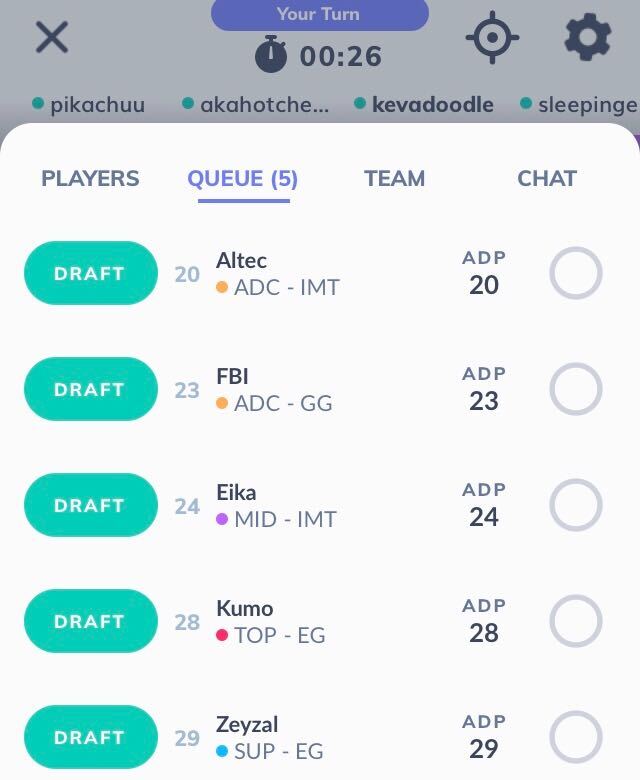 What is the team tab?

This shows which players I have drafted so far. I can see which pick I used to get them, and I can even view other teams to see what they have done. 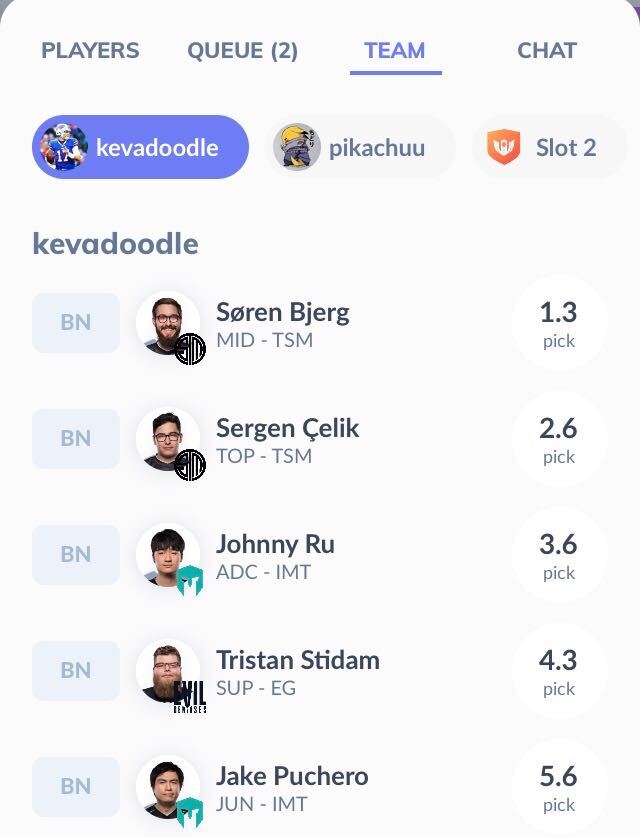 This shows what players each team have drafted and color codes them based on their role. You'll see that team sleepingeric drafted 3 MID players, which won't do him good because he ran out of room for a TOP and a SUP.

If you want to play around with the board and get a better sense of how to use it, you can always create or join a mock (practice) draft.

You don't need anybody else in it, but you can invite others if you'd like.

Press on the "Mock" option near your league's draft settings and then press the LoL icon once you get here: 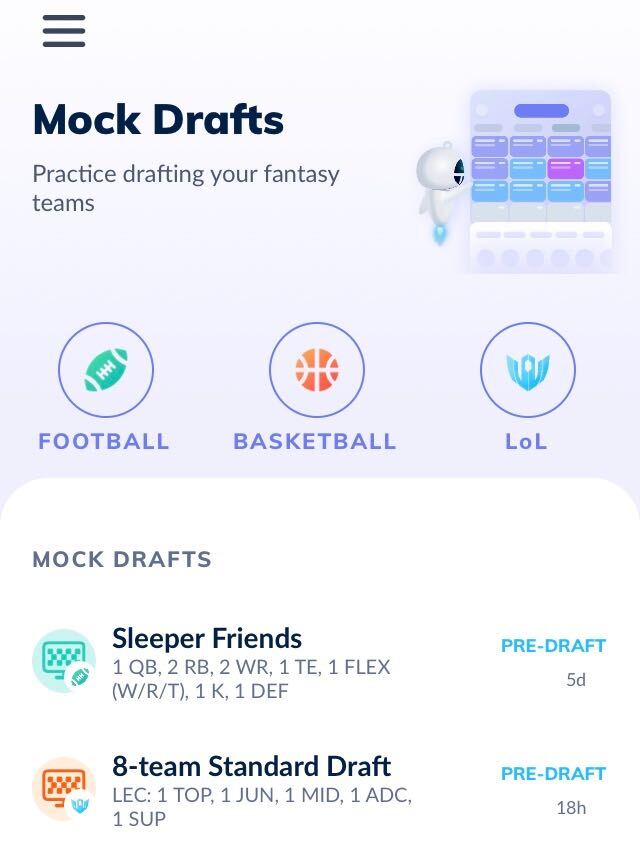