All Collections
Fantasy Basketball
Waivers, FAAB, & Trading
🏀When is my Trade Deadline?

🏀When is my Trade Deadline?

Learn when you can accept trades until

Your trade deadline is when the final game of that specific NBA week ends.

After your trade deadline passes, you can no longer propose or accept trades. 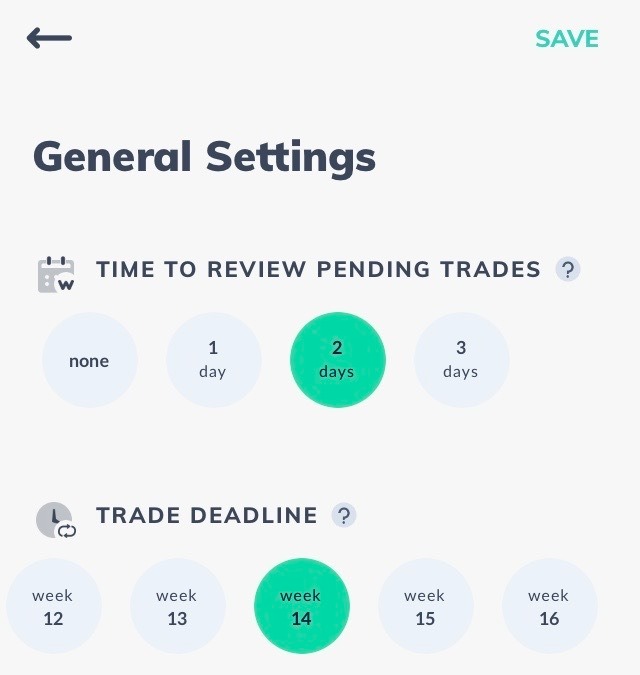 If you have Week 14 selected, this means you can trade up to and including Week 10's games. Once that final game for Week 10 ends, accepting and proposing is no longer allowed.

It is possible for trades to be accepted prior to your trade deadline and then processed afterward. That can happen if you have a review period is enabled:

When can our league trade again?

For dynasty and keeper leagues, trading will reopen as soon as your league's championship has ended.

We require leagues to be renewed or transitioned each season, and we recommend that you do that first before conducting trades. Otherwise, any moves you make after your league's championship will not carry over to the new version of the league.