What do all the icons mean in your Sleeper leagues?

Next to each of your players, you'll see an icon that depicts the expected weather conditions for that game. If it's an outdoor game, you'll see one of these weather symbols next to your player:

From left to right in the image above, they represent windy, sunny, rainy, evening, and cloudy. There will be a snowflake visible if snow is in the forecast. If a game is indoors, it'll display the dome logo:

Next to your players, you'll see a small rectangular news icon. They'll look like this:

The highlighted orange news icon means that there is an unread update for that player, and the gray icon means they don't have a new update. You can tap on that orange icon to view the player card and their recent news, and it will gray out immediately as it deems it as read.

If your league had a season on Sleeper last year, and you renewed it, you will automatically see a gold medal icon attached to the champion.

This cannot be removed or hidden, even by the commissioner. Consider it an extra display of bragging rights for the league champion.

Each of your players will have their opponent listed next to them with a color-coded label. This represents the quality of the expected matchup based on how the opponent has done against that particular position. 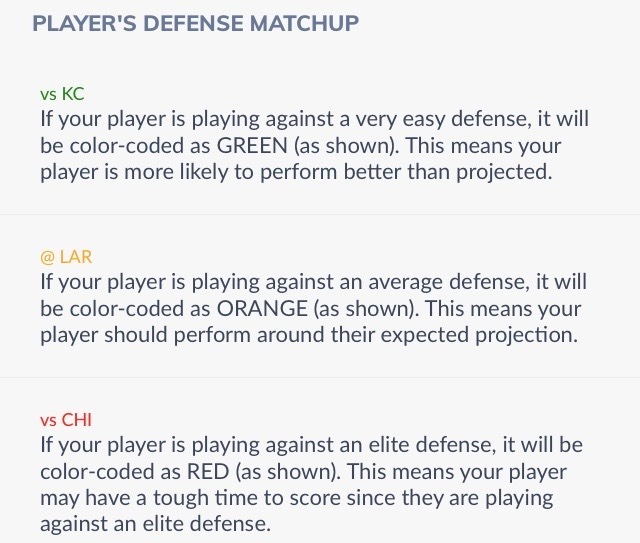 If your player has a green or red arrow next to them, this means that they have been either added or dropped by many teams across Sleeper in the last few days. 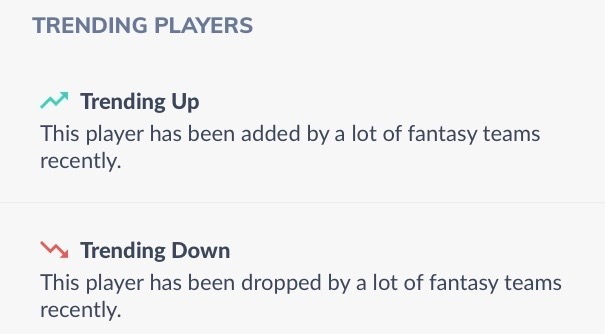 When viewing your league chat or direct messages, you may notice some little circular, bubble helmet or logo icons underneath some of those messages.

In the photo below, you can see an example of this under the most recent roster move.

These are read receipts, and they'll show you how caught up other leaguemates are in your chat and to what point they have read, or at least viewed.

There is not a way to disable any read receipts for yourself, or for others in your league.

When viewing a mock or a live draft, you'll see a crossfire or target icon in the upper right of the screen:

This is to bring you back to the current pick as it will center it for you on your screen. So you can scroll horizontally and vertically to move around the draftboard, but when you're ready to get to the current pick, just tap on that target icon and it will bring you there.

If you see a small green notepad icon in the upper right-corner of a player photo, that means the commissioner has added a custom league note to that player.

You may see some colored indicators throughout the app next to players. One prominent area is on the matchup page. These are color-coding the positions to help visualize how many QBs, RBs, etc you have on your bench. 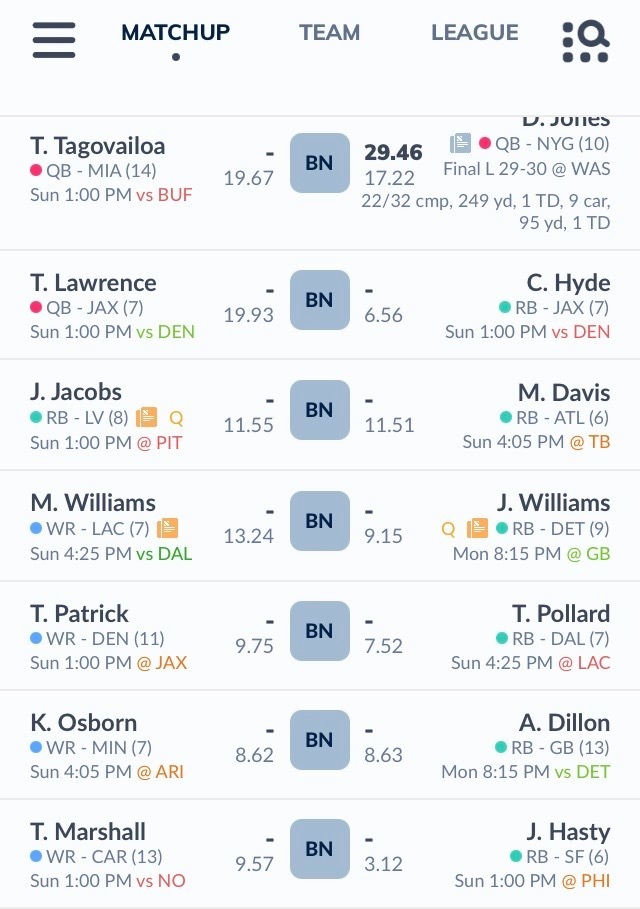