All Collections
Fantasy Football
FAQ
How can I assign keepers to traded picks?

How can I assign keepers to traded picks?

Learn the workaround for this

If you're the commissioner of a keeper league that allows draft pick trading, you may have run into an issue where you cannot assign keepers to picks that were acquired.

On your league's draftboard, you'll find that the keepers underneath it can only be applied to the team's column that is directly over them, even if that team had gained draft picks from other owners.

We do apologize that there's not a way to assign keepers to those picks, but our team is aware and hopefully, that's something we can touch up in the future.

For now, there is a workaround.

You'll need to have that specific team de-select that player as a keeper. Then, on your draftboard, select the individual tile and choose Set Player. Search for that player and add them that way.

In the photo below, team kmf418 wants to keep Tyreek Hill, but the commissioner wants that to be in pick 1.1. 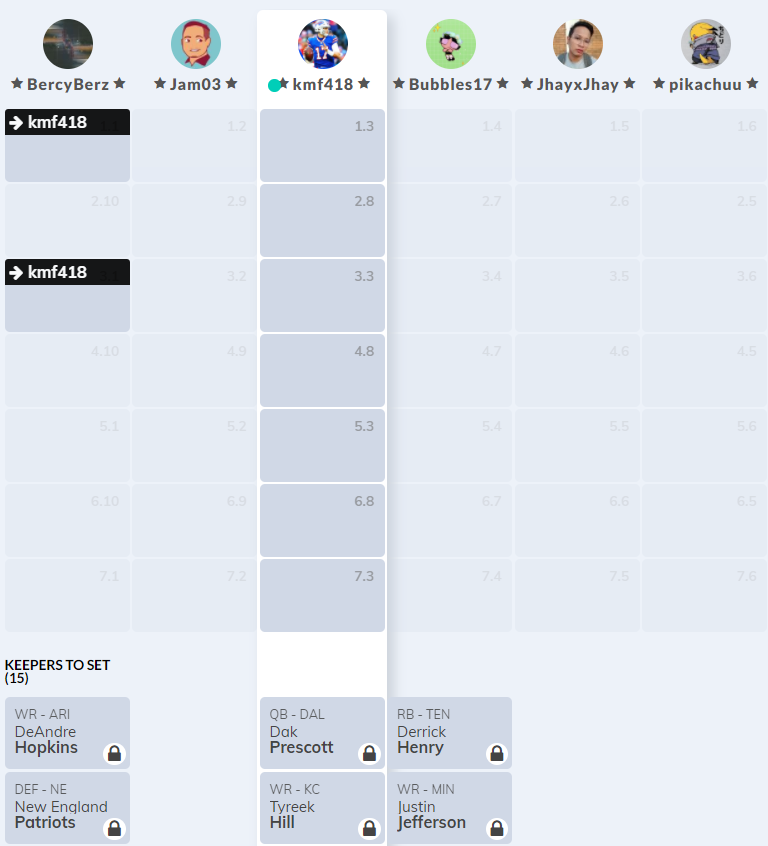 You'll find that the system won't give you the option to place him in that slot, so we have to use the workaround.

The commissioner then had team kmf418 de-select that player as a keeper.

Then, the commish manually selected box 1.1 and hit "Set Player". 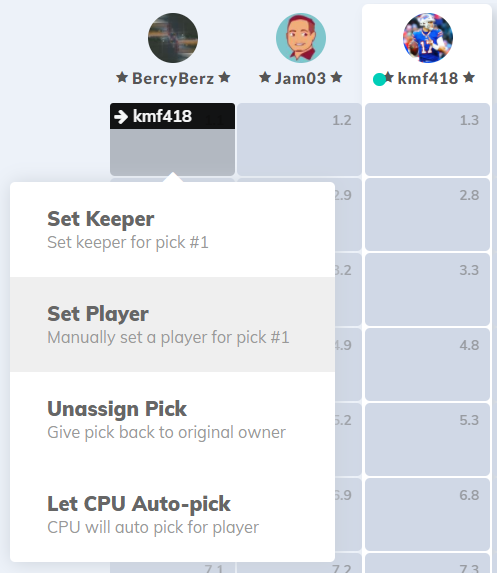 Then, the commish searched for Tyreek Hill to manually add him into that 1.1 spot. Even though it says making a pick for BercyBerz, it's going to put Hill in that spot, and it denotes with an arrow that the player will still go to team kmf418.

If you have any questions regarding this or run into any trouble, please let us know. You can email us directly at [email protected] anytime.