Intro to Fantasy League of Legends

Learn what Fantasy LoL is all about

We are thrilled to announce the launch of fantasy League of Legends (LoL) today on Sleeper!

Esports, like traditional sports, have a unique ability to bring people together to share a common experience. As gamers and esports fans, playing and watching League of Legends has always been one of our favorite past-times. Now with the ability to play fantasy League of Legends on Sleeper, we are adding another layer of excitement to this experience through competition and smack-talk in a fantasy league with our friends!

League of Legends is built on straightforward mechanics which make it easy for beginners to pick up, but at the same time, contains an incredible amount of depth and strategy to keep the most experienced players engaged. That is what makes it a perfect esport for fantasy.

Many of the decisions are similar to traditional sports, including which players to draft, looking at matchups, and thinking through what is likely to happen during the course of a game or match.

If you are a casual gamer who has been interested in diving deeper into esports, playing fantasy League of Legends on Sleeper is one of the best ways to learn about the esport, its players, characters, winning strategies, and to immerse yourself into a cultural phenomenon that has over 100 million players worldwide.

What is League of Legends?

League of Legends is a 5-v-5 multiplayer online battle arena (MOBA) game, where each team’s objective is to take down the opposing team’s nexus, or base.

The game takes place in a virtual battle arena in the shape of a square, with the two team’s bases located in the southwest and northeast corners of the map.

The entire map is navigable, but there are three dedicated lanes, each with three defensive towers that must be defeated before each team can storm an opponent’s base and take down the nexus. 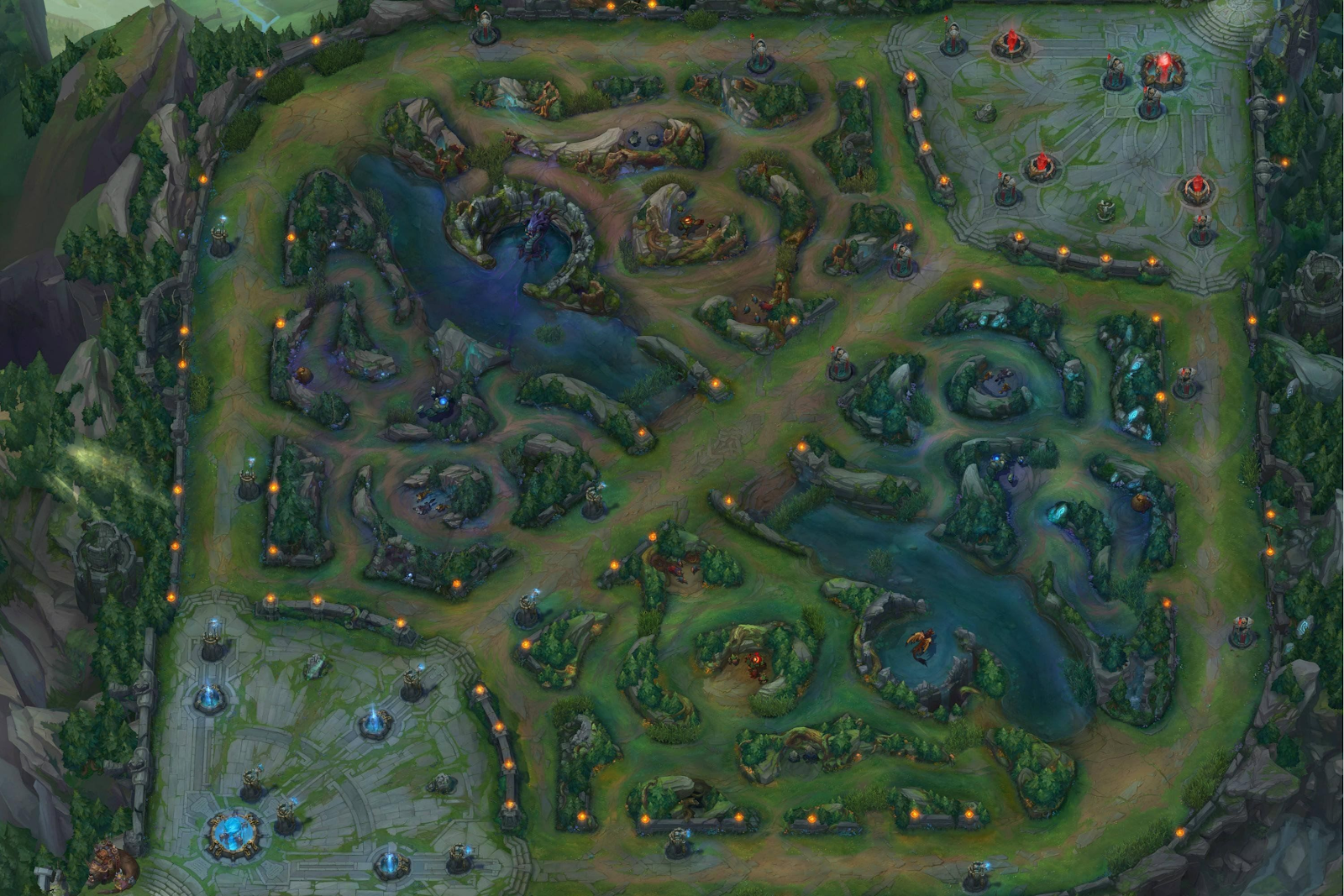 Like a traditional sports team, each player has a different role to play in the team’s overall strategy. Some are tasked with pushing lanes and taking down towers (Laners), others equipped to provide support (Support) or long-range tactical cover (AD Carries), while others roam the jungle areas of the map (Junglers) to capture power-ups and win melees.

Players choose “champions”–in-game characters with unique sets of abilities–to fit their role on the team. All players start at the same baseline, but champions can level up during the game by taking down towers, killing enemies, or assisting in a kill.

Winning these objectives help your team become stronger relative to your opponent, and make it easier to win battles, clear lanes, and take down an opponent’s nexus. 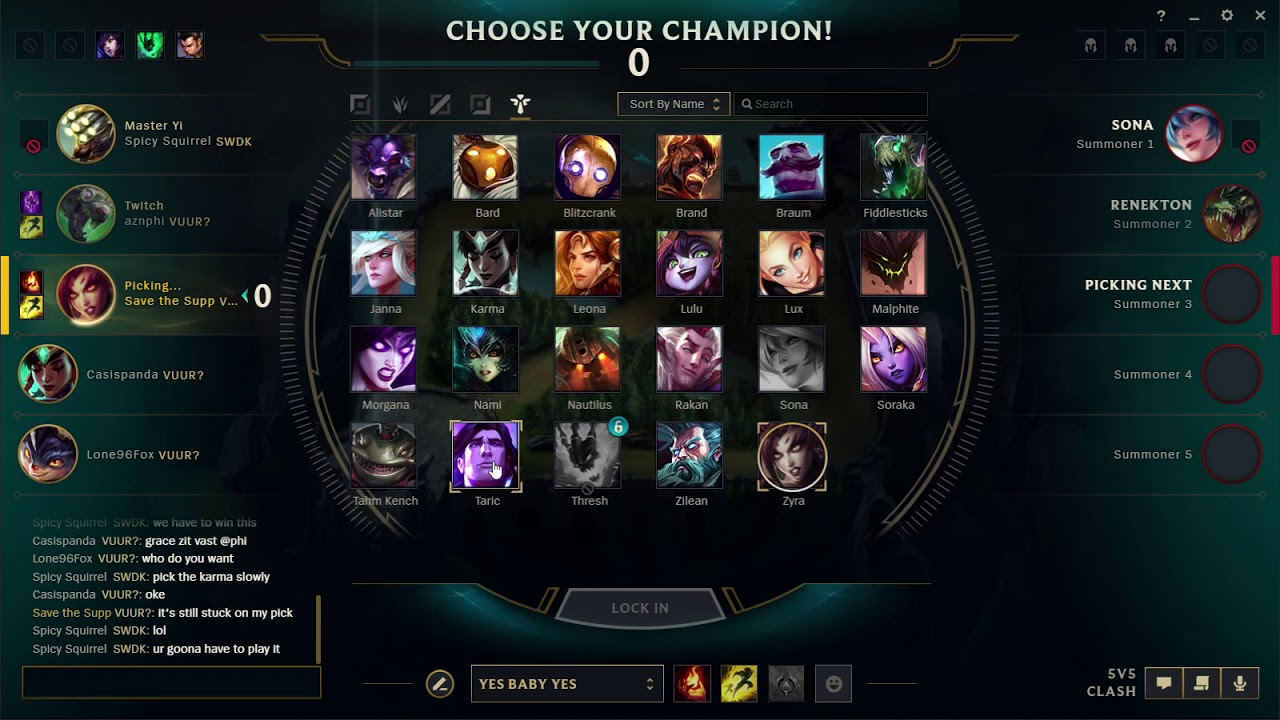 The catch? The opposing team has the exact same goal, resulting in a highly-strategic back-and-forth battle for territory, towers, and opponent kills. This combination of strategy, decision-making, and in-game excitement translate into a truly immersive and exciting fantasy and viewing experience for fans.

How do you play fantasy League of Legends?

Similar to other fantasy sports, you start by inviting your friends into a league, collectively deciding on a time to hold your draft, and then each drafting a roster of players to fill your respective fantasy teams. The ideal league size is 6-8 people, and each team will have 5 players on their roster at the end of the draft.

Following the draft, teams then compete in weekly head-to-head contests using their drafted players. Each team accumulates a fantasy score based on how their players perform in real life, and this score is used to determine who wins each head-to-head matchup.

The key to beating your opponent is drafting well, but also making the right decisions during the season. Sleeper’s League of Legends fantasy leagues has an added level of strategy that many League of Legends players will be familiar with, the concept of picks and bans.

At the end of the season, the teams with the best win-loss record will enter a playoff to determine the ultimate season champion.

How do I get started?

Setting up a league on Sleeper takes minutes, and you can invite your friends and start having fun on day one. The app is available on both iOS and Android.

Once you have downloaded the app, the first-time onboarding includes detailed video tutorials that walk you through how fantasy League of Legends works on Sleeper and introduces different functionality in the app.

For those that want to dive right in, the app is also loaded with detailed stats, news, game logs, and all kinds of matchup info, including detailed information around players and champions alike.

Users can also practice mock-drafts to polish their strategy prior to a live draft with friends.

Whether you are a challenger-level League of Legends player or picking this up for the first time, we have worked meticulously to build a fantasy game that is welcoming and inviting for anybody to participate and win.

The reality is that as long as you pay attention to your league and remain active, you have as good of a chance as any of your leaguemates to win your fantasy LoL league on Sleeper.

We look forward to hosting your LoL league on Sleeper this year, and are proud to offer a place to compete, smack-talk, and watch along with the League of Legends season. Win or lose, the best part is that you will now have another great excuse to hang out with friends.

If you are curious to learn more, visit our online tutorial and learn how to get started with fantasy LoL.