All Collections
Fantasy League of Legends
Fantasy 101
⚔️ How does scoring work?

⚔️ How does scoring work?

A breakdown of the Fantasy League of Legends scoring settings

In Fantasy League of Legends, you earn points based on how your players do in their actual games. 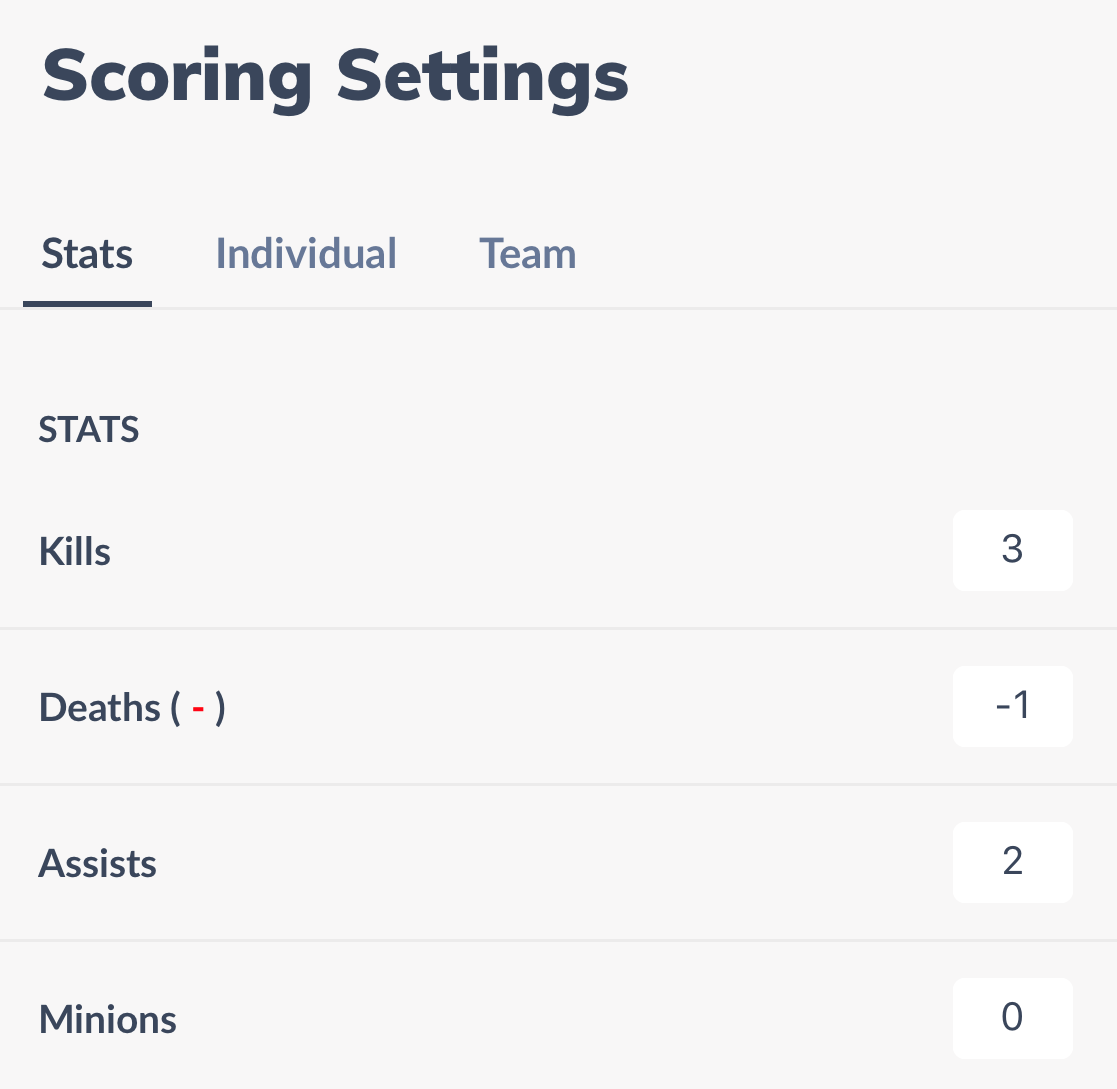 The Stats Category is where the scoring options for K/D/A and Minion Kills are found.

A Kill is when your player defeats an opponent player.

A Death is when your player is defeated.

An Assist is when your player helps defeat an opponent player.

Minions are the number of minions your player defeats. This is also known as the CS (Creep Score). 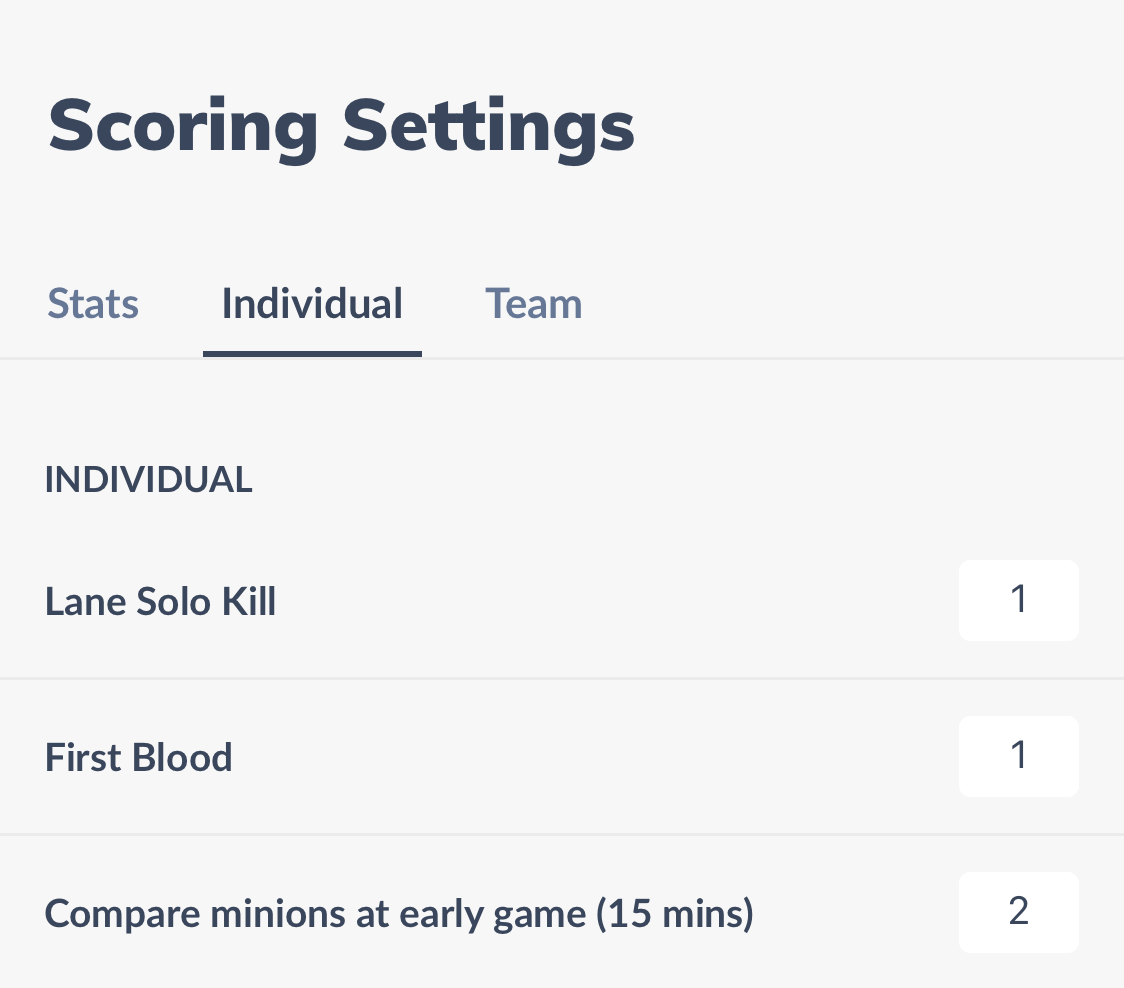 The Individual Category is where the scoring options for Lane Solo Kill, First Blood, and Compare minions at early game (15 mins) are found.

Lane Solo Kill - when your player is able to kill an opponent in their path without any assistance.

First Blood - when your player is the first one to defeat an opponent in the game.

Compare minions at early game (15 mins) - Compares the number of minions killed between your player and your matchup's player. Whoever has killed the most minions at that time will win this category. 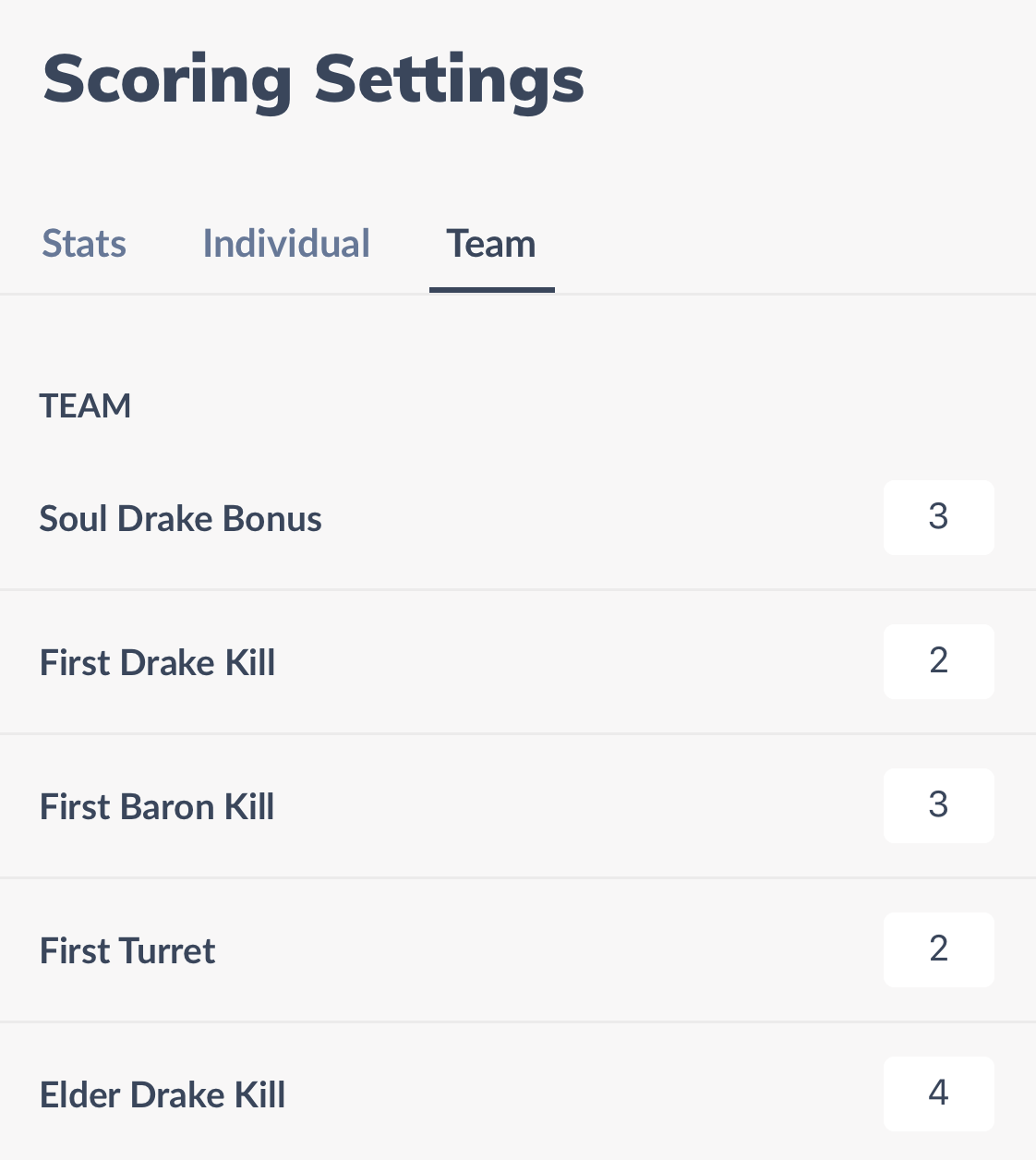 The Team Category is where the scoring options for the team objectives such as Soul Drake, First Drake, First Baron, First Turret, and Elder Drake are found. The first team to achieve these objectives will get these points.

Soul Drake - The first team to kill 4 drakes (dragons) in a match.

First Drake Kill - The first time a team defeats a drake (dragon) in a match.

First Baron - The first time a team defeats the Baron Nashor in a match.

First Turret - The first team to take down an enemy turret. Everyone on that team will get points for this.