All Collections
Fantasy Football
FAQ
How can I join a public league?

How can I join a public league?

Learn how to find leagues and orphan teams on Sleeper 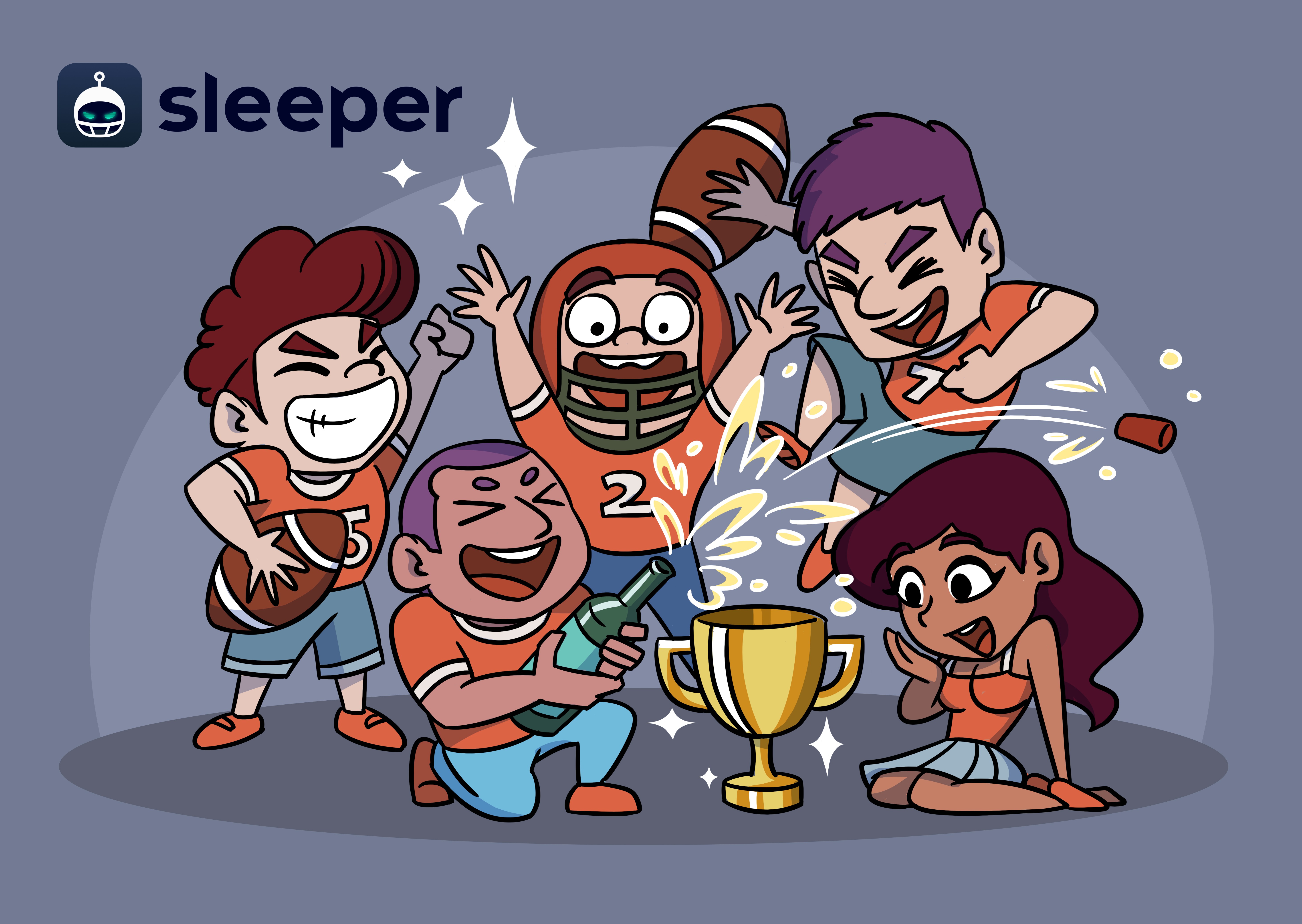 At Sleeper, we encourage users to create their own leagues and bring in as many friends, families, and colleagues as possible. We believe the absolute best fantasy experience comes from knowing the people who are in your league.

For this reason, we don't have a public list of leagues for users to join.

While other platforms may offer this, one of the reasons we steer away from it is that they generally result in a much lower amount of league activity and interaction. We've found that the leagues don't perform well and often are abandoned by owners, and for the most part, aren't renewed each year.

These public leagues also come with commissioners that not everyone can trust. Since we give commish full control of their league, it's very important to find someone that you can trust to run it.

We've made it easier for you to find leagues that match your preferences. With matchmaking, you can set filters and browse through open leagues and join them that way.

Learn more about Matchmaking on Sleeper

You can also publish your league to help find other users searching as well. The matchmaking feature is only available on the mobile app at this time. 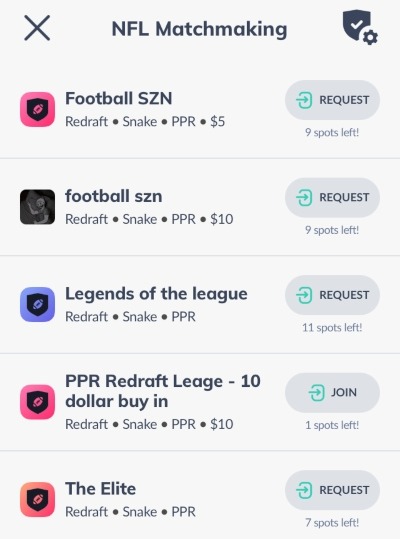 We do have a way of finding some open leagues, though. The only way to join a league is to have the invite link for it, and many users will post those in the Fantasy Football Channel.

There are topics for startup leagues and orphan teams in the channel. 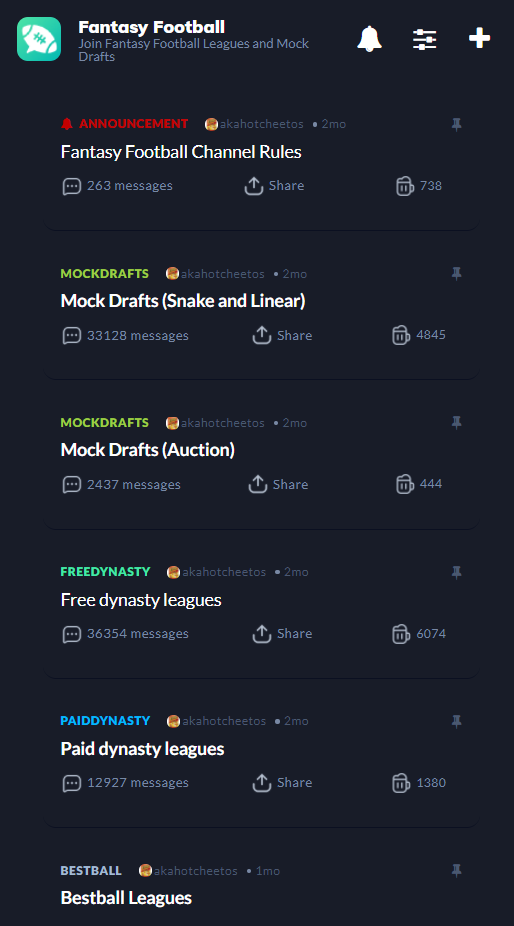 We also have a channel that allows for users to get some more information on leagues, tips for startups, or red flags for suspicious owners.

The channel also includes a commissioner blacklist and a good commish list. This way, when you're looking for leagues to join, you can see who runs the league and see if anyone has reported or praised that commish.

Join the Dynasty League Resources Channel
Did this answer your question?