All Collections
Fantasy Football
Trading
Can I trade draft picks?

Can I trade draft picks?

How to make draft pick trades during your season and draft

Draft pick trading is available for every league type — Redraft, Keeper, and Dynasty.

*For Redraft leagues, you can only trade draft picks leading up to that season's draft.

We believe that a true redraft league should give owners a completely fresh start and a brand new set of picks each season.

If you would like to trade future picks in a league, you could change it to a keeper league and then not select any keepers, and it will work the same way.

You can turn draft pick trading on in League Settings.

During your season, you can make any draft pick trades ahead of the Trade Deadline. You can learn more about how to offer trades here.

The Draftboard will reflect all picks that were traded, and will clearly show which team it goes to.

Trading picks during a live draft

All rosters are frozen during any drafts, so you won't be able to send the trades through like you normally would.

But if two or more teams agree on a draft pick trade, your commissioner can instantly assign draft picks to other members on the draftboard. 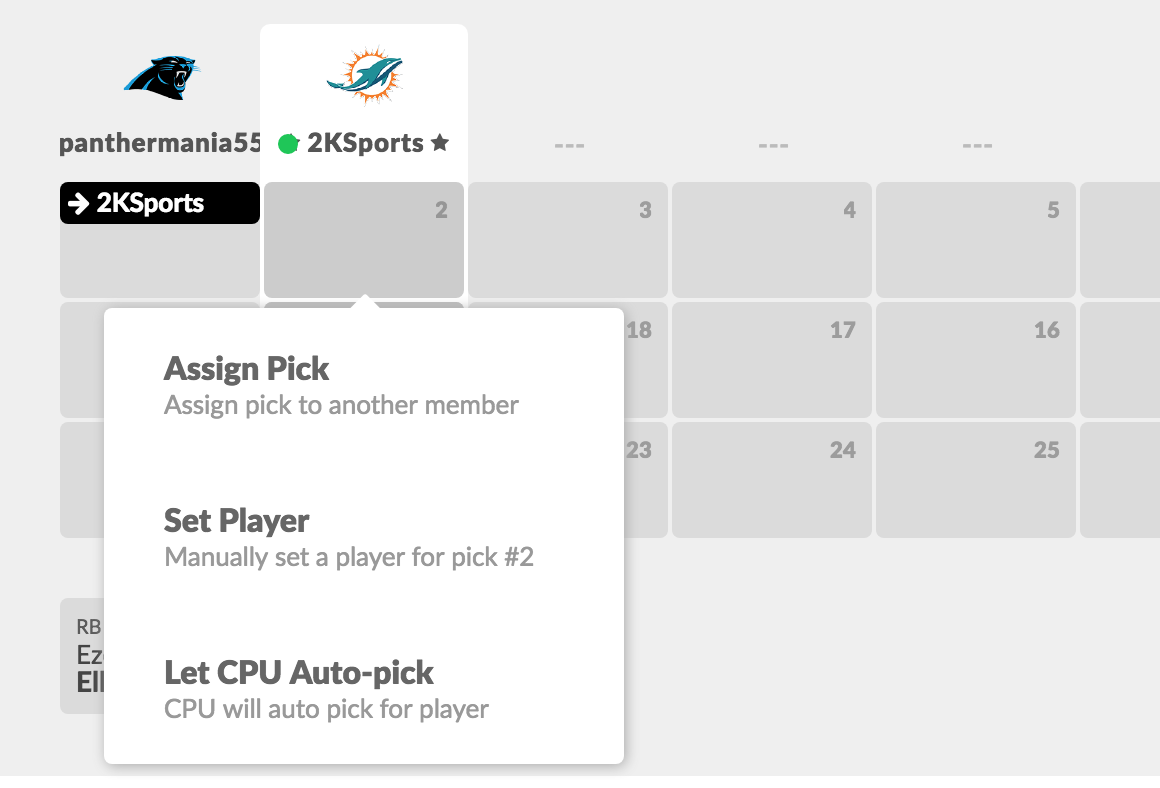