⚔️ The Basics of Fantasy Sports

Engage and compete with your friends around a game you love

One of our core beliefs and part of Sleeper's mission is that sports and esports are a way of connecting people and bringing them together.

With our launch of Fantasy League of Legends, our intent is to do just that.

We understand that many people have never heard of fantasy sports, but we’re here to walk you through what it entails, and how enjoyable it can be, especially if you already know a good amount about League of Legends.

What is a fantasy league?

Fantasy League of Legends is a multi-player team management game that you can play with friends, family, or even strangers. 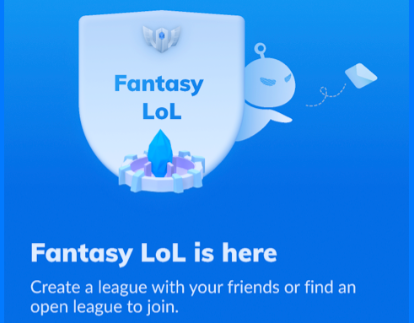 It’s generally in groups of about 6-10 people who make up a league. You can learn how to start a league and invite friends here.

Within that league, everyone will compete against each other for the majority of the esports’ season or split, with the goal of being crowned the champion.

Ultimately, it puts you in the position of a general manager and has you make decisions about how to construct and manage a team while competing with your friends. Your team’s results are based directly on how well real-life players perform, and you’ll need to determine what moves give your team the best chance to succeed.

Why would I want to participate?

Playing Fantasy League of Legends on Sleeper is an additional way to hang out and interact with your friends around a game that you love.

We think we capture the closest of what it feels like to be a GM or coach of an esports team, and we’ve created a platform to bring people together and allow them to compete against each other in an enjoyable way.

It’s incredibly fun to try and be the best in your league, but it also allows you to engage with others who share a common interest. You’ll learn a lot about League of Legends and it’s players, champions, and you can put your knowledge and strategy to the test.

Many users who play LoL may not be at the same level as some of their friends because some are better players than others. But everyone has a chance to win a fantasy league because it’s based on strategy and thinking instead of understanding every champion and hitting skill shots.

How would I compete?

Each person starts with an empty team. Your job is to select League of Legends players to add to your team during a live synchronous event.

The challenge is that once they are taken, they aren’t available to anyone else, and you only get to choose one at a time. After each of your selections, all of the other team owners get a chance to add someone.

Once your league has completed that process, you’ll have your team! And that’s what you have to work with, so it’s important to choose wisely, or strategically.

Then, this is where the actual game comes into play. Each week, you will be matched up against a random opponent in your league, and the results are based on the live League of Legends matches.

The players that you selected earlier will now be credited with a variety of point totals based on their actions. You can get two points for a kill, one point for an assist, things among that nature. 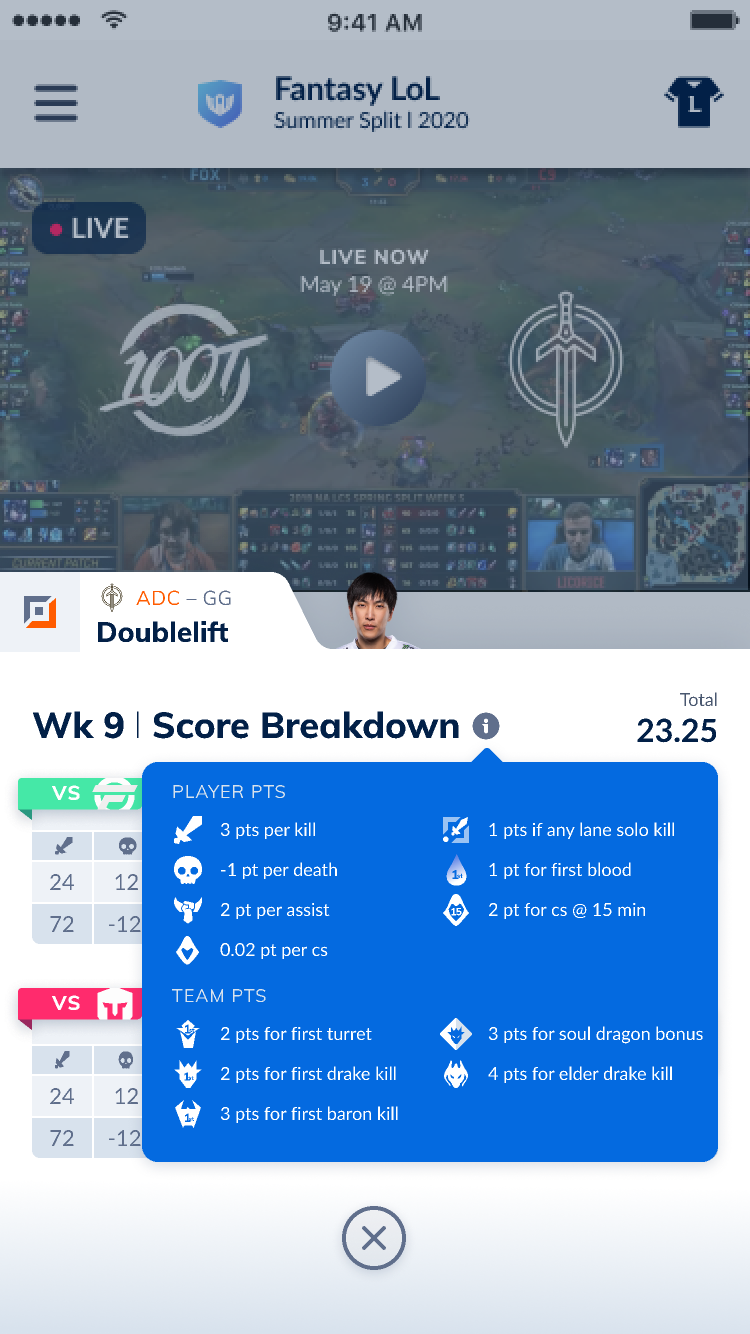 All of your players will have their accumulated points added up to get your total. If your total is higher than your opponent’s for that week, you will be credited with a win, and your record will be 1-0.

The goal is to have a record good enough to qualify for playoffs within your league so that you can advance and have a chance to be the last team standing.

You can learn more about how to play Fantasy League of Legends here.