All Collections
Leagues
How are Tackles Calculated?

How are Tackles Calculated?

Effectively, any Individual Defensive Player's Scoring totals will be rolled up into the Player's Team, and reflect the same +/- difference in value for his Team Defense.

A Sack is generally also considered to be a Tackle of the QB behind the line of scrimmage, in some cases for a loss of yards. This Stat is useful to leagues that do not award Points for Tackles. Otherwise, for leagues that assign Values to Tackle and Tackle for Loss, can use the Sack Statistic as a Bonus, on top. 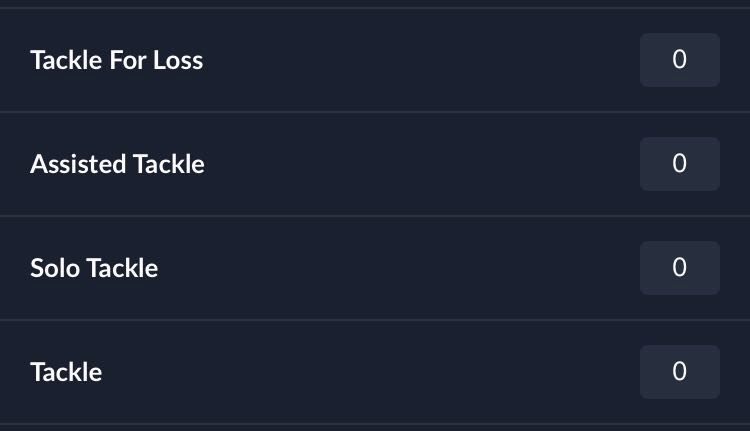 Note that most "Standard" non-IDP Leagues do not award points for Tackles. Typically these types of Leagues only award Points on a per-event basis, for the following categories: Defensive Touchdowns, Sacks, Interceptions, Fumbles, Blocked Kicks, and Safeties. Other Points are awarded based on end of game results, ie. Points Allowed.

Advice for DEF Values: Do not apply any Value for Assisted or Solo Tackles, unless intending to as a Bonus on top of the general Tackle Statistic. Depending on how many Individual Defensive Players accounted for the Assisted Tackle, the Team Defense might effectively gain this Bonus multiple times, per the number of Players being awarded with an Assisted Tackle. 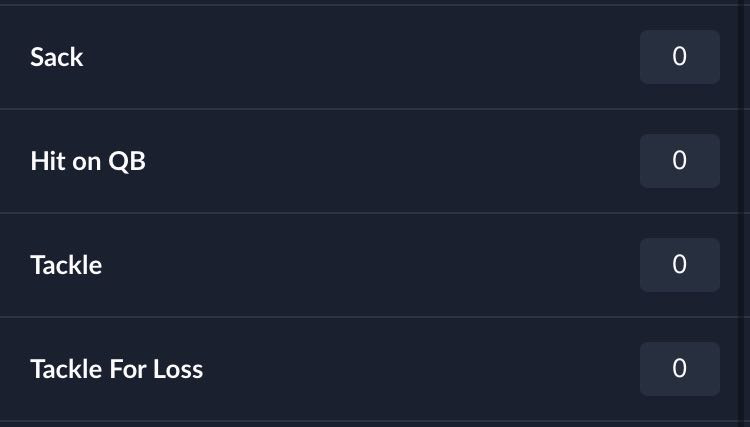