All Collections
Fantasy Football
Trading
How could a weekend trade impact my team?

How could a weekend trade impact my team? 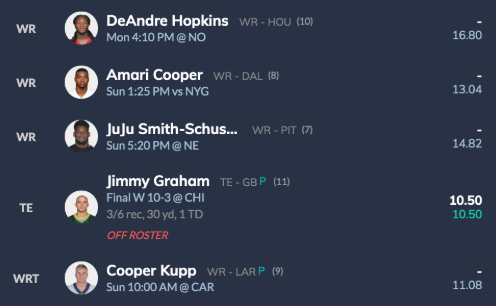 It's important to keep this in mind when accepting and offering trades. It may be best to wait a day or two to accept the trade. If needed, the commissioner has the ability to process a trade immediately instead of waiting for the full review time.