All Collections
Fantasy Football
Trading
How to Trade

Learn how to send trade proposals and view offers

Written by Jeannie Davis
Updated over a week ago

Sleeper makes it extremely easy to trade in your league with one or multiple league mates. Learn how to view your trade offers here.

To propose a trade, go to your league home and click on the “Team” tab at the top of the screen.  Then select “Propose Trade.” 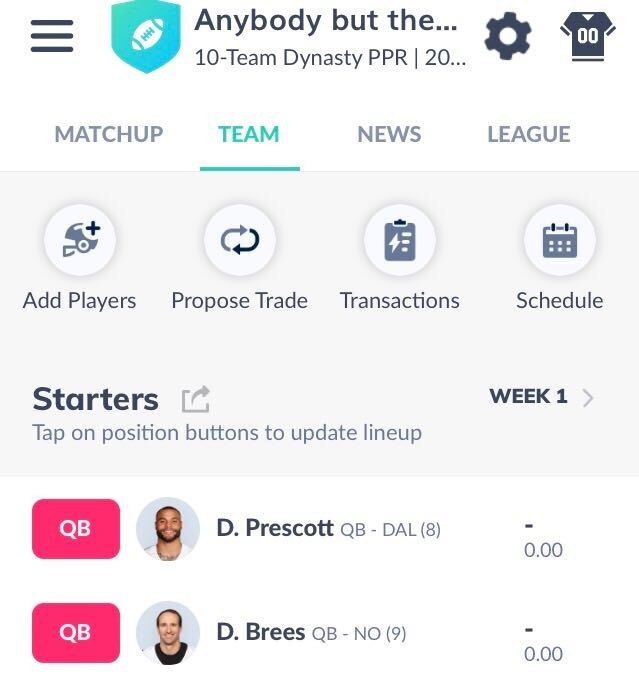 This will take you to a screen with all of the teams in your league, and Sleeper uses advanced stats and projections to quickly highlight the positions each league mate is strongest in so that you can easily decide who to trade with. 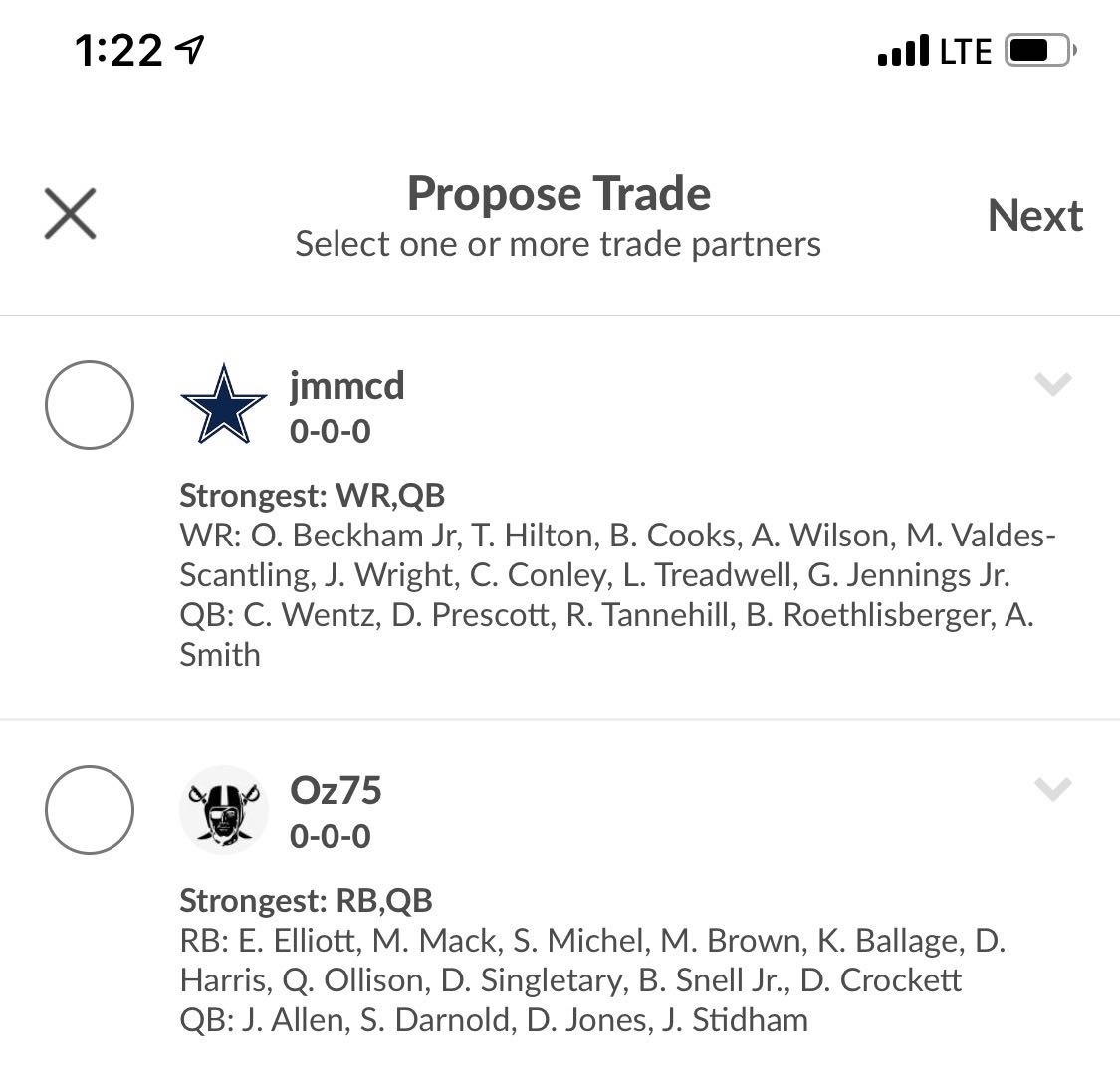 Simply select the league mate (or league mates) that you want to trade with, and click “Next” in the upper right-hand corner of the screen.  Sleeper is one of the only platforms to offer multi-team blockbuster trades, so on this screen, you can actually select multiple users for a multi-team deal. 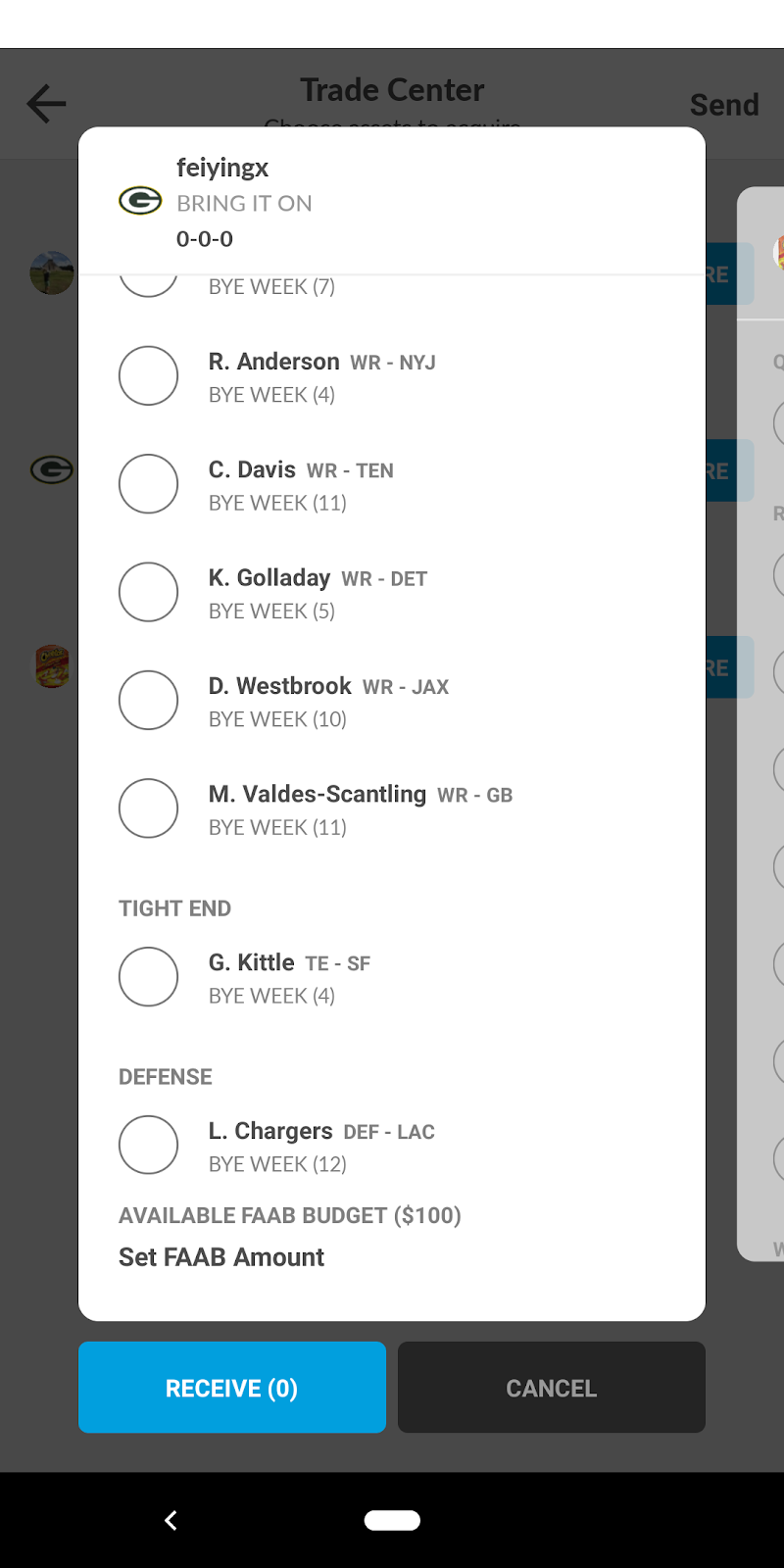 As long as all parties accept the trade, the trade is assumed by default to be approved by the league and commissioner and goes to the pending review period.

This way reduces the amount of work and hassle for commissioners and league mates so they don’t have to vote on every single proposed trade, but rather, only need to chime in and veto the egregious ones.

As the commissioner you have the power to veto trades or force them through immediately, pin polls in your league chat to solicit votes on pending trades from the rest of the league, and also reverse trades after they are done if you feel it is in violation.

In summary, Sleeper’s trade functionality is made to be customization, easy to use, and also flexible to handle many different situations, including multi-team trades, current, and future draft picks, and FAAB.