There are a lot of different scoring settings when it comes to fantasy football. So, inevitably, you might be asking yourself, what stacks? Will a sack include a tackle and a QB hit?

On Sleeper, there are a few scoring settings that you could potentially stack points. If the NFL play applies truthfully to your scoring setting, then it will award the fantasy points.

There are three a few different options for tackles, and they will stack.

The tackle option includes all three of the other options below: Tackle For Loss, Assisted Tackle, and Solo Tackle. 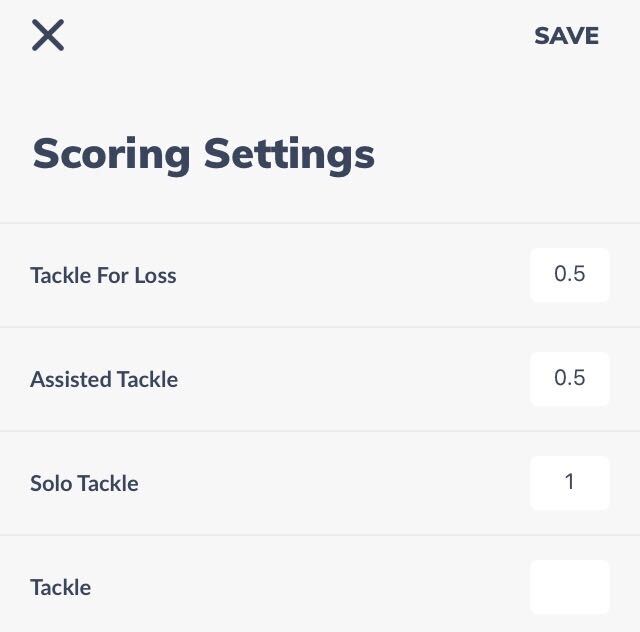 Since they stack, I've set tackles to award no value (or zero) because I'm already awarding points for assisted and solo tackles. By not entering a value for tackle, I'm avoiding points from doubling up.

If your team or players earns a sack, it will stack with tackle, hit on QB, and

You have to ask yourself:

Then all these points would stack.

An example of when points don’t stack would be in yardage.

So you would get the only get the fantasy point(s) for the 200+ yards. 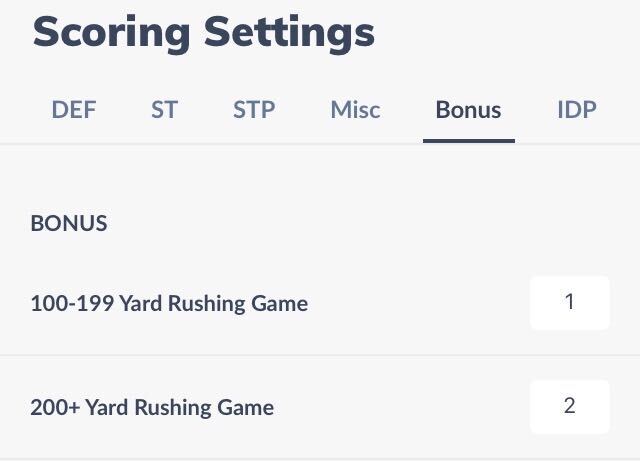 Based on the scoring above, if Dalvin Cook rushed for 205 yards, he would only get two points because they do not stack.