All Collections
Fantasy Football
Commissioner
Can I customize my league's playoff seeding?

Can I customize my league's playoff seeding?

How to set up and edit your playoff matchups

Often, leagues have different rules around how playoff matchups are determined.

Sleeper fantasy football leagues allow commissioners to manually modify playoff seedings so you can do things like give the highest scorer the second place seed and a bye week.

This feature is available the week leading up to the postseason on the playoff bracket interface for commissioners.

If you have different rules for who makes it into playoffs or the seeding order, go to league settings on your phone. Then, scroll to the bottom, and tap on "edit playoff seeding". 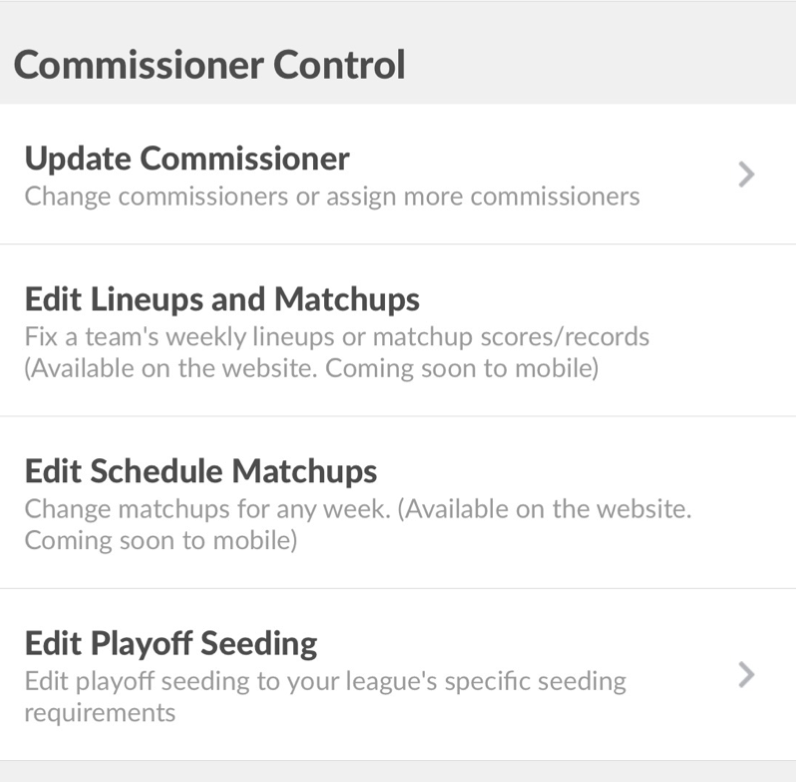 Next, tap on the seed that you want to update and you'll see a list of teams show up at the bottom of your phone. Tap on the team that you want to switch. IMPORTANT: after you've made all the changes, tap update in the upper right before exiting the screen. 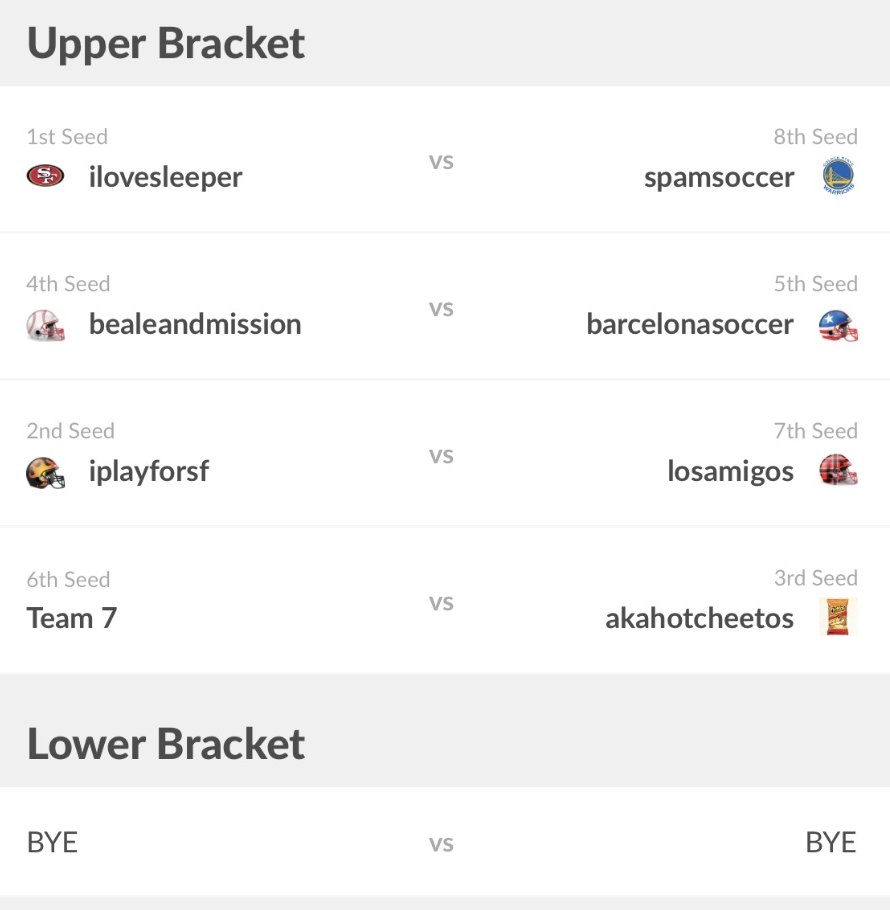 There is a specific toggle in your General League Settings for Playoff Reseeding. That means the highest seed will always play the lowest if that option is turned on.

Other than that, you're not able to freely customize the matchups/seeding between rounds.

We now support a two-week championship!

Teams that miss the playoffs are entered into a consolation bracket (up to 8 teams with the worst records).

You can choose between a Consolation Bracket or Toilet Bowl.

In the Consolation Bracket, the winner advances to the next round, until there becomes the consolation winner.

In the Toilet Bowl, the loser advances to the next round, until there becomes an ultimate loser, who is crowned the "💩King" (Last place).

The goal is to exit the Toilet Bowl as quickly as possible to claim 7th and 8th spots and avoid being the worst person in your league. 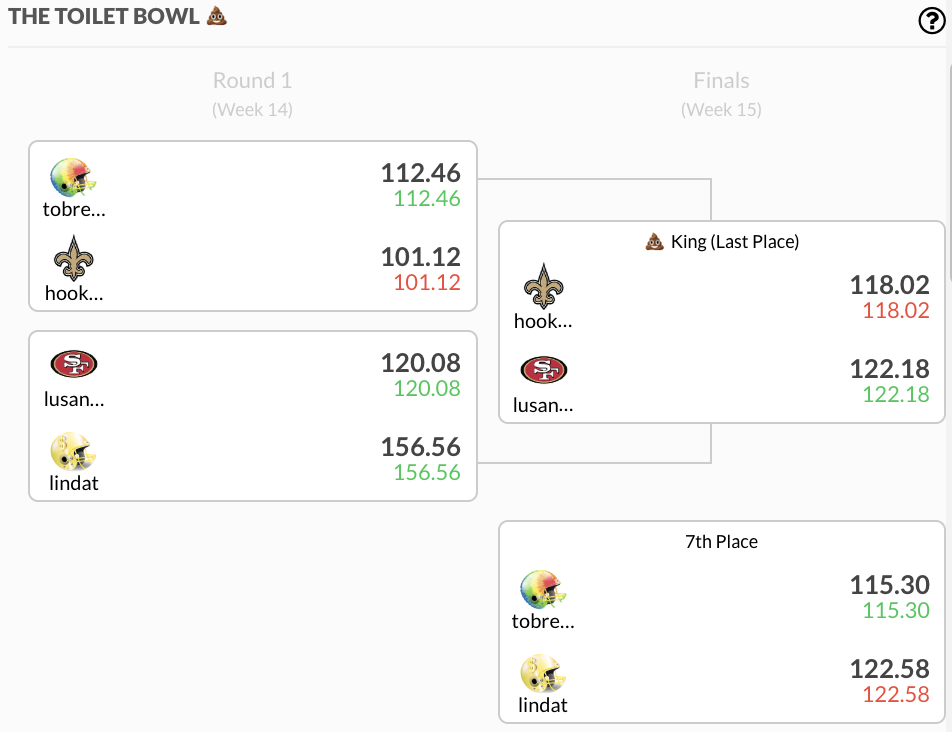