How does Injured Reserve (IR) work?

What makes them eligible for IR?

Written by Henry Leung
Updated over a week ago

Injured Reserve are extra slots on your roster that can be used for players that are unable to play for your team due to injury.

You can set the number of injured reserve slots in League Settings:

A player could be eligible for IR if they are labeled as Out, Suspended, PUP, NA, DNR, Doubtful, or if they are placed on the actual Injured Reserved list by their team.

These statuses, or tags, can change throughout any given week during a regular season.

The commissioner would have to activate these options in the settings: 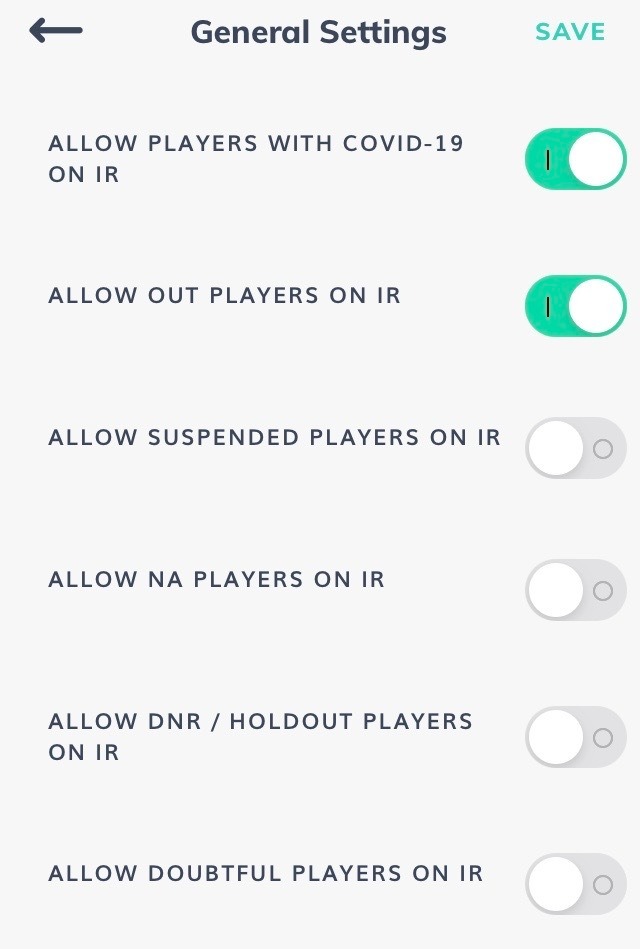 If you have a player on IR who is no longer IR eligible, you must create room by dropping someone from your team before you can make any additional roster edits or free agent adds.

Your other option is to make a trade if your roster is locked due to this scenario.

Players will not be able to get the IR tag back until the official NFL team places him on IR to start the 2022 season. The teams usually do that around late August, but it could be sooner.