Introduction to Dynasty Leagues on Sleeper

What is a Dynasty League?

DynastyLeagueFootball has a great summary:

A dynasty fantasy football league is a league where you retain most or all of your players from year to year. This creates an environment which is very different from that of a redraft league. By enabling team owners to keep players and build a team over time, there is a much stronger sense of team ownership. Success is achieved with a greater sense of satisfaction.Mistakes or successes in a dynasty league can affect the fortunes of a franchise for years to come, just like in the NFL. A dynasty league also facilitates trades, including trading of draft picks, and it encourages a deeper roster pool, so young ‘project’ players can be identified and groomed.

Dynasty is becoming a more popular format because it is the closest simulation to being a real general manager. Decisions around how to value youth, how to construct a roster, and which trades to make or take has lasting impact on your franchise.

Unlike redraft leagues, dynasty leagues are typically active year-round. Owners pay close attention the NFL combine and NFL draft, and actively chat with each other in friendly banter and trade talks during the off-season.

Existing dynasty league hosting sites are very outdated in terms of design, lack mobile apps, and even charge money. Our platform offers the first modern experience for the dynasty player — and is completely free.

You can get started here: sleeper.app/fantasyfootball

Below are the following ways to start a dynasty league on Sleeper:

To start a new dynasty league, simply create a new league, and choose Dynasty as the type.

If you played in Sleeper leagues last year and want to renew it as a Dynasty League, you can simply “renew” the league and choose Dynasty as the option. 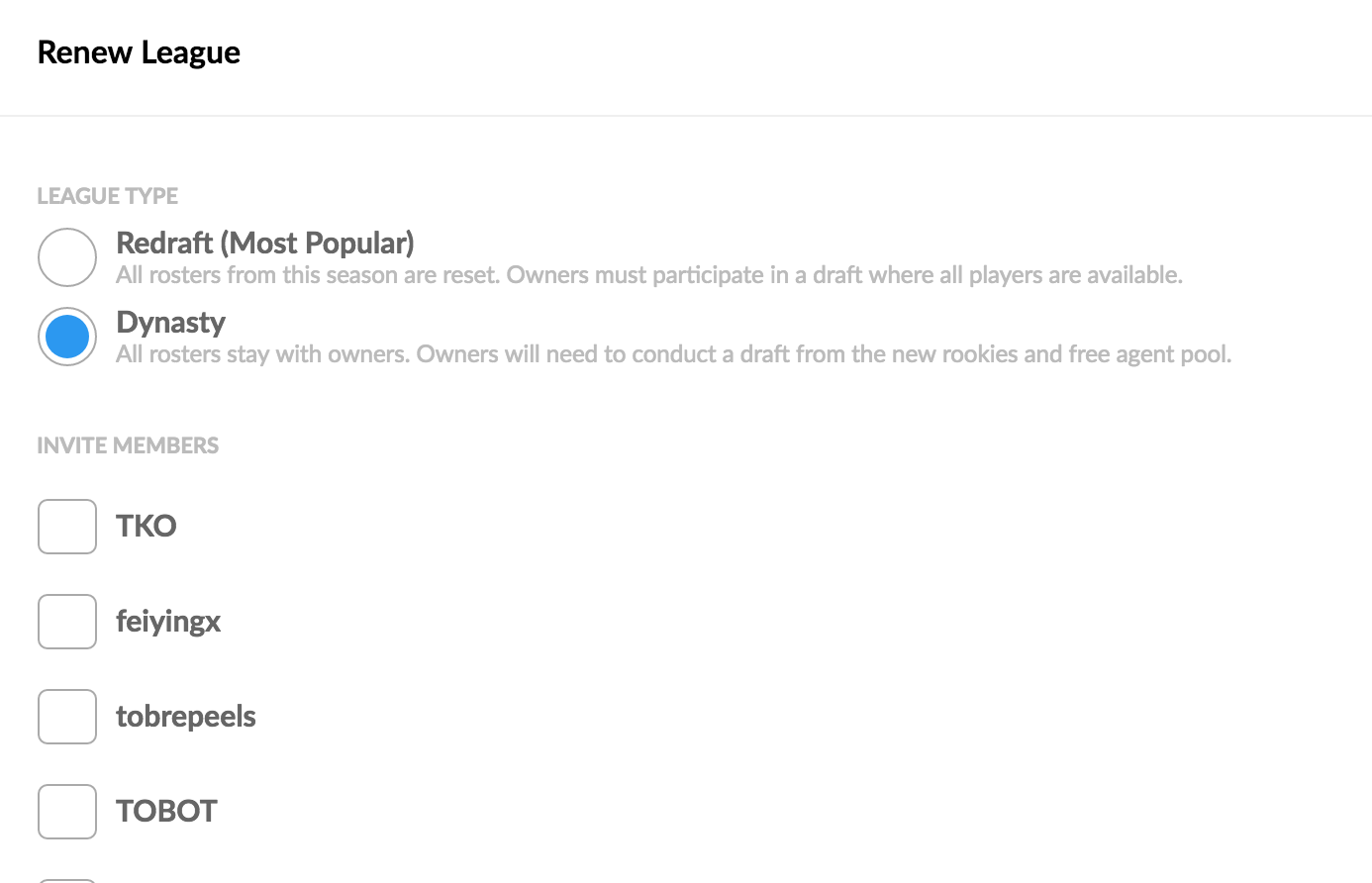 Move from another platform to Sleeper

If you were on MyFantasyLeague, FleaFlicker, ESPN, CBS, NFL, or Yahoo! previously and want to continue your dynasty league on Sleeper, the easiest way is to fill out a draftboard with the players in the slots, then create a league out of that draftboard by “completing” the draft as the commissioner.

If you want to do your Rookie draft on Sleeper, simply select “Add Supplemental Draft”.

Detailed steps can be found here: 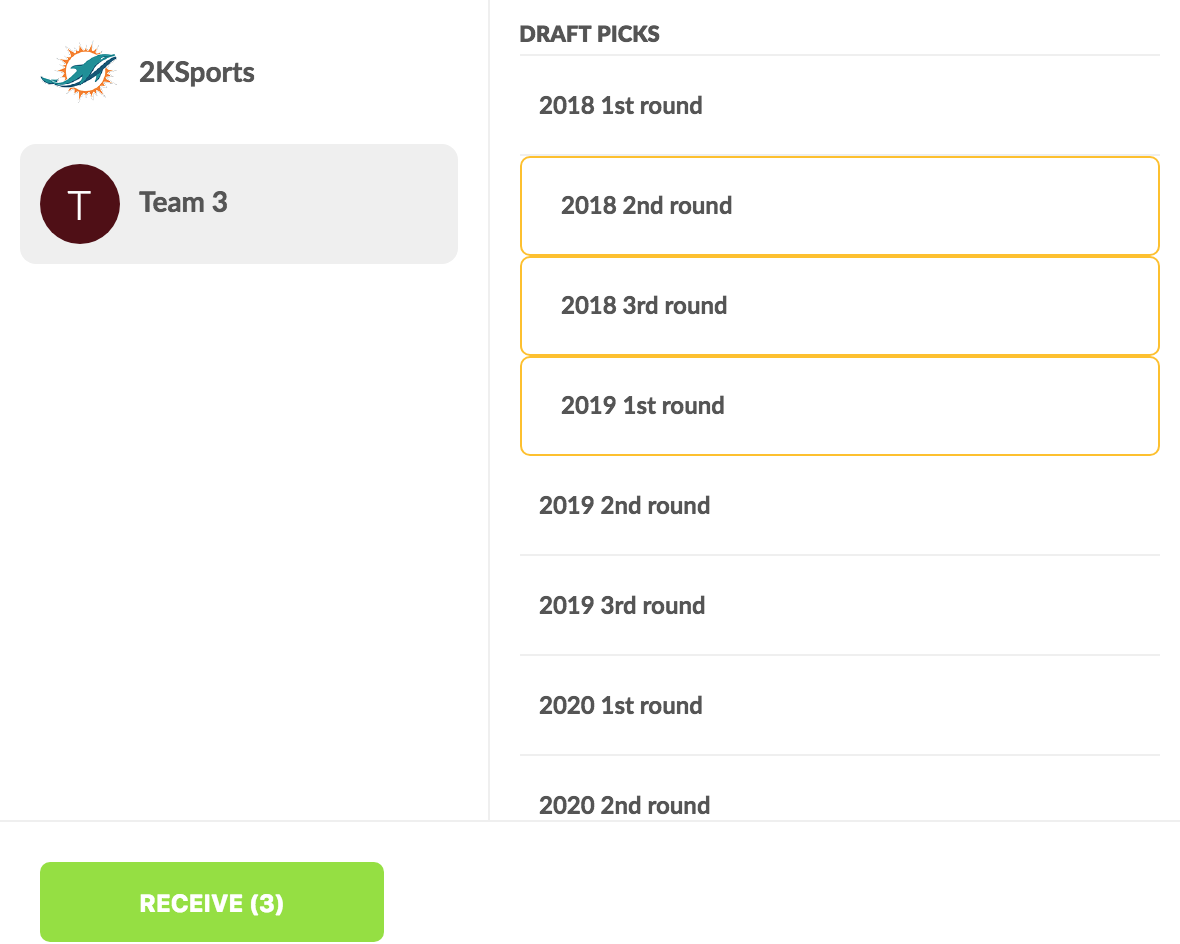 We recommend the following settings for Dynasty Leagues if this is your first season doing dynasty:

This will ensure each team has the opportunity to develop young talent while making sure that the waivers still have something serviceable to pick up each week.

For scoring settings, you can just use what you are already comfortable with in your redraft leagues, whether it be PPR, Standard, or half-PPR.

Recommended places to research for your dynasty draft

Here are some great places to do your dynasty research. Note that in dynasty, younger players are favored a bit higher, as well as WRs as they tend to have longer careers.